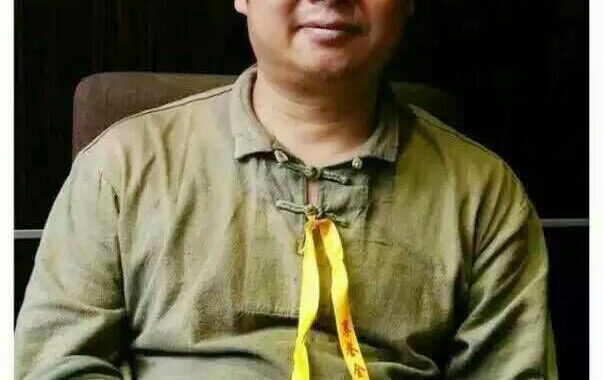 (Chinese Human Rights Defenders, December 22, 2016) China must immediately and unconditionally release human rights defender Chen Yunfei (陈云飞) instead of putting Chen on trial, which is scheduled for December 26 at the Wuhou District Court in Chengdu. The court notified his lawyer, Liu Zhengqing (刘正清), that Chen will stand trial on the charge of “picking quarrels and provoking trouble.” CHRD has noted that authorities apparently dropped the second charge against Chen— “inciting subversion against state power.”  However, Chen’s unreasonably prolonged 21-month pre-trial detention, likely in retaliation for his exercise of free expression, has violated his due process rights and human rights. CHRD reiterates the call for his release and calls for an investigation into the handling of his case and of officials suspected of abusing his rights.

Sichuan police formally arrested Chen Yunfei, 49, on suspicion of “inciting subversion of state power” and “creating a disturbance” on April 30, 2015. Officials initially had taken him into custody on March 25 after he organized a memorial service for victims of the 1989 Tiananmen massacre, on the occasion of Qingming Festival, which is when Chinese traditionally venerate their ancestors and tend to graves of the deceased. Chen has since been held at the Xinjin County Detention Center in Chengdu.

Chen Yunfei’s detention is clearly an act of government reprisal against his human rights activism, particularly for his efforts to keep the memory of the events of the1989 pro-democracy movement alive and to hold the Chinese government accountable for their role in the violent suppression of peaceful protesters. Chen is a prominent human rights defender based in Sichuan Province, who participated in the 1989 movement as a student at China Agricultural University in Beijing. He has advocated for and campaigned to get the Chinese government to investigate the Tiananmen Massacre and provide compensation to victims. Chen has often used humor and “performance art” in advocacy campaigns to promote human rights. He once evaded media censorship and published an advertisement to “salute the mothers of victims” of the 1989 suppression in a prominent state newspaper.

Mr. Chen’s advocacy efforts have made him a frequent target of police harassment, violent assaults, and arbitrary detention. For example, in May 2013, he was followed and then attacked in the street by four unidentified men and hospitalized due to the injuries he suffered. One of the attackers was reportedly the “head security chief” of a neighboring village, who was never investigated.

There have been numerous violations of Chen’s due process rights during his pre-trial detention. After Chen was detained, his family searched desperately for him for 10 days but authorities ignored their inquiries and did not give them any information about his whereabouts or his condition. Though Chen was put under criminal detention on March 26, 2015, police did not provide Chen’s family an official detention notice until April 3, a gap in time that violates China’s Criminal Procedure Law (CPL), which stipulates that a detainee’s family must be notified of a criminal detention within 24 hours (Article 83). When his family went to a local police station to file a missing person report in late March, officers refused to accept the request. His family and lawyers have feared that Chen was subjected to torture and other forms of mistreatment while he was being held incommunicado because of the length of his detention, the denial of lawyers’ visits, and his severe mistreatment at the hands of police during his initial detention at the Wuhou Branch Jitou Police Station.

After the family received the detention notice, authorities continued to hold Chen incommunicado. Authorities barred Chen’s lawyers from visiting him on two occasions (April 7 and June 26, 2015) and he was detained for nearly half a year without any access to his lawyer, which violates the provisions of China’s CPL that state a defendant should be able to see a lawyer within 48 hours of a request (Article 37). Authorities cited “state security” concerns as the rational for denying Chen visits with his lawyer, exploiting an overly broad and arbitrary CPL provision that allows police to hold a detainee in a secret location if they deem a case to involve crimes that “endanger” state security.

Chen Yunfei’s right to access legal counsel was further curtailed because authorities restricted the movement of one of his lawyers, Sui Muqing (随牧青), who was seized from his home on July 10, 2015, less than two weeks after requesting to see Chen. Sui was later put under “residential surveillance at an undisclosed location” for six months on suspicion of “inciting subversion of state power.” Sui’s detention has been part of a wider crackdown on Chinese human rights lawyers, who are being persecuted in unprecedented numbers for taking on politically “sensitive” cases.

Chen Yunfei has been detained solely on the basis of his peaceful exercise of the rights enshrined in the Universal Declaration of Human Rights (UDHR). The Chinese government’s deprivation of Chen’s liberty over the past 21 months is retaliation for his exercise of the rights guaranteed in articles 7, 13, 14, 18, 19, 20, and 21 of the UDHR. Chinese authorities also have not observed the international norms relating to the right to a fair trial, spelled out in the UDHR and in the International Covenant on Civil and Political Rights, which China has signed. Chen Yunfei has been arbitrarily detained and must be released immediately. The Chinese government also must investigate officials suspected of rights abuses against Chen and for holding Chen in arbitrary detention.