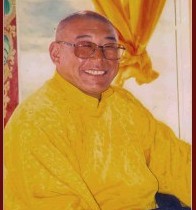 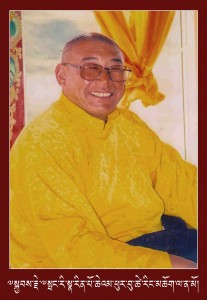 Phurbu Tsering Rinpoche served an eight-and-a-half-year sentence on a trumped-up “illegally owning guns and explosives” charge. Rinpoche initially disappeared in May 2008 after a group of nuns held a peaceful protest against a partiotic education campaign in their nunnery in Kardze County. He was forcibly disappeared until his trial, with no official detention, arrest or indictment notices given to his family. Rinpoche’s lawyers, Li Fangping (李方平) and Jiang Tianyong (江天勇), reported Rinpoche had been tortured and forced to confess while he was held incommunicado in 2008. In August 2014, a source of the Tibetan Centre for Human Rights and Democracy met Rinpoche in prison, and described him as unrecognizable; Rinpoche is weak and emaciated. It is believed that his health has deteriorated due to severe conditions in confinement.

Phurbu Tsering Rinpoche, also known as Pangri-na Rinpoche 布绒朗仁波切, is a highly respected reincarnated Tulku (Living Buddha) of the Tehor Kardze Monastery and the head of the Pangri and Ya-tseg nunneries in Kardze (Ch: Ganzi) Tibetan Autonomous Prefecture in Sichuan.