Add Pressure on China to End Torture: Stand with Victims 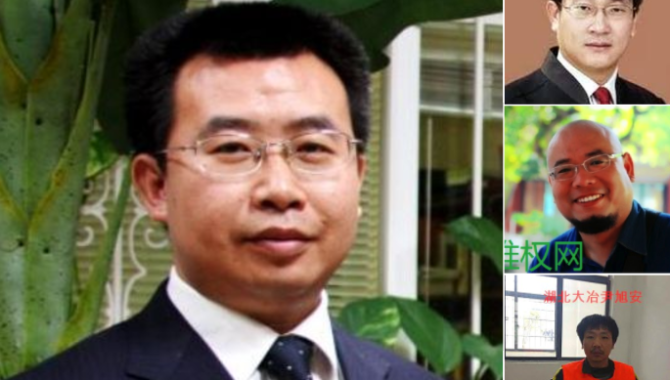 President Xi Jinping has completely ignored China’s domestic laws and international treaty obligations prohibiting torture. We have heard heartbreaking details about human rights lawyers being tortured by police. The apparent aim was to extract confessions and to punish them for defending human rights.

Hundreds of Chinese citizens have signed a petition (appended below) demanding an independent investigation into the families’ allegations that their loved ones have been tortured.

Let’s show solidarity with those Chinese who put themselves at risk by speaking out against torture. We must tell Xi Jinping that the international community is deeply concerned about the pervasiveness of torture in China’s criminal justice system.

Add your name to support the call for a credible independent investigation into the torture allegations & the end of impunity for torturers.

China aspires to play the role of a global power, but the world is watching whether it can behave respectably and responsibly by honoring its human rights treaty obligations.

Tell President Xi Jinping that the Chinese government must respect the Convention against Torture.

Thank you for taking action.

Renee and all of us at CHRD

Since July 9th, 2015, more than 300 lawyers and citizens all over the country have been contacted, warned, summoned for questioning, detained, arrested or even imprisoned (known as the “709” cases). Judging from some of the cases that have been processed, we find that the judicial organs have violated multiple stipulations in the Constitution of the People’s Republic of China and China’s Criminal Procedure Law, including abuses of the compulsory measures of Residential Surveillance, deprivation of the criminal suspects and defendants’ right to defend themselves, and violation of the principle of an open public trial.

More strikingly shocking is that some defendants, such as Xie Yang, Li Heping, Li Chunfu, Wu Gan and others, have reportedly been subjected to beatings, being forced to take unidentified medication, deprived of sleep, being forced to wear crossed handcuffs and shackles, and other forms of mistreatment during their detentions, which have seriously violated their basic human rights. These particular reports have made us extremely uneasy and worried about the conditions of Wang Quanzhang, Wu Gan, Jiang Tianyong, and others who remain detained. We must point out that, if confirmed, these appalling incidents of torture are heinous criminal acts. They are decidedly against the ideals of modern civilization, and are a disgrace for our entire nation.

China is a party to the Convention against Torture and other Cruel, Inhumane or Degrading Treatment or Punishment. The PRC Constitution requires the government to “respect and protect human rights.” Considering that the “709”cases are important and influential nationwide, we strongly demand the Standing Committee of the National People’s Congress make sure to assume its constitutional responsibilities, and conduct independent investigations over the alleged use of torture and other illegal criminal activities in handling the series of “709” cases. This investigation commission should include representatives of lawyers and of citizens; investigative findings must be made public to all people nationwide; and legal accountability must be pursued for anybody found breaking the law or committing crimes according to the law.

This petition is the initiative of some Chinese lawyers, open to signature to all citizens of the People’s Republic of China.