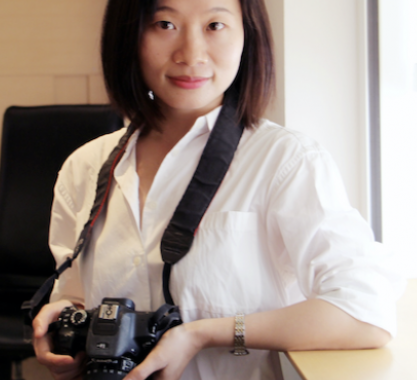 Special Rapporteur on the situation of human rights defenders

Communiqué on Behalf of HUANG Xueqin, Citizen of the People’s Republic of China,

Alleging Arbitrary Detention, Deprivation of Rights to Expression, and Reprisal against a Human Rights Defender

6. Identity document (if any):

7. Profession and/or activity (if believed to be relevant to the arrest/detention): Huang Xueqin (aka Sophia Huang) is a journalist and activist. She previously worked as a reporter for China News Service, Southern Metropolis Weekly, and Xinkuaibao. In 2017, she published ‘A Report on Workplace Sexual Harassment of Chinese Female Journalists’ and was a prominent campaigner in China’s #metoo movement.

3. Forces who carried out the arrest or are believed to have carried it out: Officers of Guangzhou Baiyun District Public Security Sub-Bureau (Guangdong Province)

4. Did they show a warrant or other decision by a public authority? Yes

6. Reasons for the arrest imputed by the authorities: “Picking quarrels and provoking trouble”

7. Legal basis for the arrest including relevant legislation applied (if known):

(Submitter’s note: Ms Huang has not yet been formally arrested at the time of submission but put under Residential Surveillance in Designated Location (RSDL), a de facto form of enforced disappearance (OL CHN 15/2018). She may be under this status for up to six months before being formally arrested. We have included the RSDL details under “Detention”).

1. Date of detention: November 4, 2019 (residential surveillance at a designated location)

2. Duration of detention (if not known, probable duration): Huang Xueqin has been detained since October 17, 2019, and under RSDL since November 4, 2019

6. Reasons for the detention imputed by the authorities: “Picking quarrels and provoking troubles”

IV. Describe the circumstances of the arrest

V. Indicate reasons why you consider the arrest and/or detention to be arbitrary

Mass demonstrations began in Hong Kong on June 9, 2019 in opposition to the Hong Kong government’s attempt to force through amendments to two Hong Kong laws, which would allow extradition of suspects from Hong Kong to mainland China. In response to the mass demonstrations, the Hong Kong Police Force have used excessive force to disperse protestors on a number of occasions, including by beating peaceful protesters and using tear gas, pepper spray, and rubber bullets (JAL CHN12/2019). The protests have since morphed into a broader pro-democracy movement and has seen increased violence and numerous arrests. We have documented over 20 cases of Mainland Chinese citizens who supported the protests on social media and were then threatened, harassed or detained by police.

The detention of Huang Xueqin constitutes state retaliation against her peaceful exercise of her right to free expression. Police detained Huang because she wrote an article on June 10, 2019 about her experiences at an anti-extradition bill protest in Hong Kong on June 9. After she returned to Mainland China in August to process a student visa to return to Hong Kong to enroll in a law degree at Hong Kong University in September, authorities confiscated her passport. Guangzhou Baiyun District PSB officers then detained her two months later on October 17, 2019. Her family received a written criminal detention notice. She was granted two meetings with her lawyer on October 22, 2019 and November 2, 2019 at Guangzhou Baiyun District Detention Center. During these meetings, Huang’s lawyer learnt the primary reason for her detention was because of the article about Hong Kong.

The above circumstances related to Huang Xueqin’s detention constitute violations of her right to exercise freedom of expression, including those guaranteed under Category II of the International Covenant on Civil and Political Rights (i.e., when the deprivation of liberty results from the exercise of the rights under Articles 12, 18, 19, 21, 22, and 26), and freedoms guaranteed by Articles 18, 19, and 20 of the Universal Declaration of Human Rights.

On November 4, Guangzhou Baiyun District PSB moved Ms. Huang into “residential surveillance at a designated location” (RSDL), where she is being held at the time of this communication. Her family received a written RSDL notice. The legal basis for holding her under RSDL is a violation of China’s law. She is being held under RSDL on charges of “picking quarrels and provoking trouble” which is a crime in the category of “disrupting public order” according to China’s Criminal Law. Under China’s Criminal Procedure Law (CPL, Article 75), RSDL can only be used when a suspect is held on suspicion of an “endangering national security, terrorism or serious bribery” charge or if they have no fixed address, which Ms. Huang has. Police told Ms. Huang’s lawyer (prior to her being moved into RSDL) that “criminally detaining Ms. Huang is not our objective, principally we want to transform her thinking” and that they are preparing to move her to RSDL because “37 days criminal detention is not enough time.”

Furthermore, RSDL is a form of detention that constitutes de facto enforced disappearance according to international standards, exposing detainee to greater risk of torture. According to Chinese law, detainees can remain under RSDL, at a secret location, for as long as six months. Requests for meetings with their lawyers must be approved by police and are routinely denied in cases involving human rights defenders. Ten UN Special Procedures called on the Chinese government to repeal the provision in August 2018 (OL CHN 15/2018). The UN Working Group on Arbitrary Detention stated in Opinion No. 15/2019 (China) that placement in RSDL is a violation of articles 6, 9, 10, and 11(1) of the Universal Declaration of Human Rights.

The above circumstances indicate that the ongoing detention of Huang Xueqin constitutes violations of her rights to a fair trial, as guaranteed under Category III of the International Covenant on Civil and Political Rights (Article 9) and the Universal Declaration of Human Rights (Article 9).

VI. Indicate internal steps, including domestic remedies, taken especially with the legal and administrative authorities, particularly for the purpose of establishing the detention and, as appropriate, their results or the reasons why such steps or remedies were ineffective or why they were not taken.

Activists inside and outside China have launched social media campaigns and petitions to raise awareness of Ms. Huang’s detention. International NGOs have called for her release.