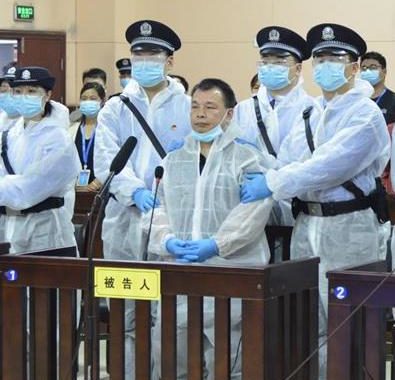 (Chinese Human Rights Defenders—April 30, 2020) Chinese authorities must immediately and unconditionally release journalist Chen Jieren and his family members and associates, who have been prosecuted over Chen’s exercise of his right to free expression. A Chinese court handed down a 15-year prison sentence on April 30, 2020 to Chen Jieren (陈杰人) apparently to punish him for his political speech on WeChat and other social media platforms. After being sacked from various state newspapers including Southern Weekend, China Youth Daily, Beijing Daily, and People’s Daily, Chen published online commentaries and investigative reports on social media, including WeChat and Weibo channels called “Jieren Observation Viewpoint” and “Jieren Observation Heights.”

Hunan authorities violated Chen Jieren’s right to a fair trial. Chen and several of his family members and associates disappeared a few days after he disclosed on his social media channels alleged corruption by local CCP officials in late June-early July 2018.  His detention was only confirmed on July 7. On July 16, 2018, Chenzhou City Supervisory Commission told Chen’s lawyers that Chen and his brother were under investigation by the Supervisory Commission and being held in “residential surveillance at a designated location” (RSDL). The brothers’ lawyers were denied visits during the RSDL period. On November 12, 2018, Chen Jieren was criminally detained and formally arrested on November 20.

In August 2018, Chinese state media launched a smear campaign, accusing Chen of various crimes and quoted police as saying that his online speech “sabotaged the reputation of the Party and the government and damaged the government’s credibility.” State media published Chen’s “confession” while he was incommunicado in a secret detention facility under RSDL.

Chen graduated from Tsinghua University Law School and previously worked as a reporter for Chinese state newspapers. Chen was fired from China Youth Daily in 2003 for uncovering a prostitution ring involving students at Wuhan University which caused a scandal; he was demoted as editor-in-chief of China Philanthropy Times for criticising a government portal in 2006; and in 2011, sacked from his position in at People’s Daily Online’s Jiangsu Window for “too much criticism of the government.”

Chen’s heavy punishment sends a chilling signal to online independent commentators and citizen jounalists. In 2018, China’s Cyberspace Administration launched a crackdown on “self-media” and ordered hundreds of thousands of social media accounts to be deleted for spreading “politically harmful information” or “vulgar” content. Individual accounts on social media are widely used to post news stories or comments in China. Such publication venues are not registered with the government, though heavily censored, have allowed some independent reporting for at least a short period of time.

China is one of the worst countries in the world for press freedom. It was ranked #177th out of 180 on Reporters Without Border’s 2020 “World Press Freedom Index.” According to a 2019 report from the Committee to Protect Journalists, China is the 5th most censored country in the world. Both press freedom watchdogs have called for Chen Jieren’s release.