May 14, 2020       Comments Off on Chinese Police Detain Poet For “Inciting Subversion” over Online Expression 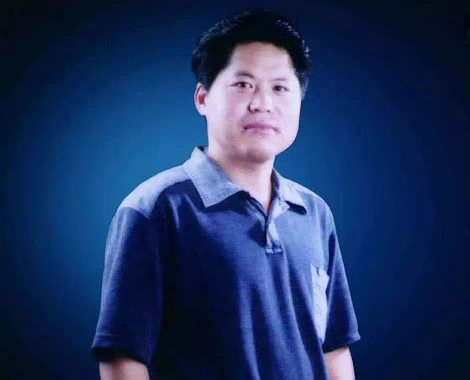 In Liaocheng City, police seized poet Lu Yang (鲁扬) on May 1 and searched his home the next day. For the next two weeks, police subjected Lu Yang to forced disappearance. No information on his location or status was available. On May 13, police notified his family that he had been criminally detained that day on suspicion of “subversion of state power” for comments made online under his screenname “Luxi Fanatic” (鲁西狂徒). He is being held at Liaocheng City Detention Center, Shandong Province. Authorities claimed that Lu said he did not want a lawyer. This claim cannot be verified because police is holding Lu incommunicado.

Lu Yang, 49, whose real name is Zhang Guiqi (张桂祺), began his career in the early 90s and founded the “Chinese Contemporary Poetry Forum” in 2003, which was later banned by the government. A member of the Independent Chinese PEN Center, Lu Yang had often faced government harassment for exercising free expression, such as signing Charter 08 and commenting on the 2011 “Jasmine Rallies.” In April this year, he was nominated for directorship of the “Lecture Hall of Chinese Poets-Wenshu Academy,” established in 2019.