June 1, 2020       Comments Off on Sichuan Activist Detained for Protest for Lack of Representation by “People’s Congress” 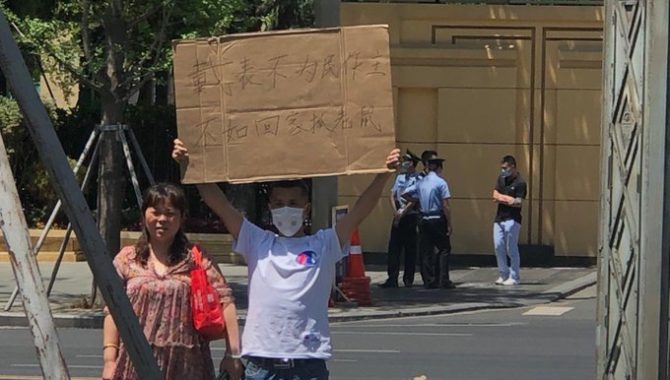 Chengdu police detained activist Xie Junbiao (谢俊彪) on May 10, 2020 following his protest that morning outside the Sichuan Provincial People’s Assembly. He was put under criminal detention on suspicion of “picking quarrels and provoking trouble.” Xie held up a sign which said “Dai Biao (representatives) not representing the people should better go home to catch rats.” In the afternoon, local police took him away from his friend’s house in Shuangliu District in Chengdu. His family only received notification four days later that he had been criminally detained. Xie told a WeChat group on May 6 that police had warned him against speaking to media. Mr. Xie has been actively calling for releasing prisoner of conscience Huang Qi.