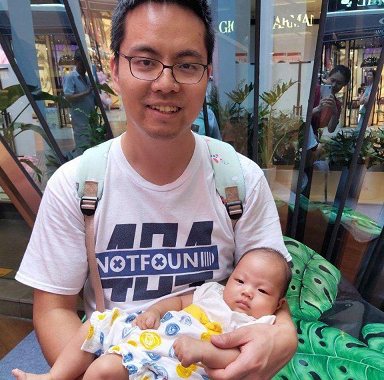 Nanming District Sub-Bureau officers from Guiyang City Public Security Bureau seized former journalist Zhang Jialong from his home on August 12, 2019 and the next day put him under criminal detention on suspicion of “picking quarrels and provoking trouble.” Police formally arrested him on September 13, 2019 and Nanming District Guiyang City Procuratorate indicted him on November 27, 2019.

Authorities targeted Jiang over a few tweets he had sent or “retweeted” or “liked” about human rights issues, politics, or history, including stories about detained activists or dissidents. Zhang, who used to be prolific tweeter, sent less than 200 tweets between 2016 and 2019. He would occasionally make comments while also sharing personal news, like when he got married in 2017 and thanking well-wishers. Shortly before police took him away on August 12, Zhang had liked a few tweets about the Hong Kong protests.

The indictment sheet from Nanming District Procuratorate states as evidence: “from 2016 onwards, the defendant Zhang Jialong used his phone and computer etc. with a ‘scale the Firewall’ tool [e.g Virtual Private Network] many times to log onto the overseas platform Twitter, and through the account ‘张贾龙@zhangjialong’ repeatedly used the platform to post and retweet a great amount of false information that defamed the image of the [Chinese Communist] Party, the state, and the government.”

Zhang Jialong with his lawyer several times. His lawyer applied for bail but that was not granted. On December 2, 2019, a prosecutor with the Guiyang City Nanming District Procuratorate met with Zhang Jialong after he had been indicted on November 27, 2019 and tried to get him to plead guilty in exchange for a lighter sentence. Zhang refused and the case eventually went to trial in May, after a long delay due to the coronavirus pandemic.

On May 13, 2020, Nanming District Court put Zhang on trial. The hearing ended without a verdict being pronounced.  Zhang pled not guilty at trial and his lawyer put forth a not guilty defence during the trial. Plainclothes police officers surrounded the courthouse and police intercepted Zhang’s supporters and briefly took some to a police station.

Zhang Jialong, born May 22, 1988, is a former journalist with Tencent, prominent blogger, and democracy dissident. He reported on issues like the 2008 toxic baby milk powder scandal and the government persecution of artist Ai Weiwei. In 2010, Zhang posted a message on Twitter that a Beijing taxi driver said drivers would go on strike. Afterwards, Beijing police criminally summoned Zhang and then gave him a 10-day administrative detention for “disrupting social order” by sending “false information” on an overseas website. In 2014, he met with then-US Secretary John Kerry and asked Kerry to help “tear down this great firewall that blocks the Internet.” As a result, he was fired from Tencent and returned to his hometown. He continued to make occasional comments on social media but no longer worked as a journalist.