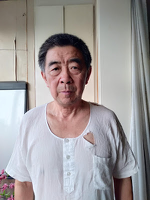 Haidian District police in Beijing criminally detained Chen Zhaozhi for “fabricating and deliberately disseminating fake information” on March 11 over his online speech about the COVID-19 pandemic. Chen’s family hired a lawyer when he was first seized, but the lawyer’s requests for visit were denied until April 23, 2020. On April 14, the Beijing police changed the charge and formally arrested Chen for “picking quarrels and provoking trouble”. Chen is being held at Haidian District Detention Center.

Chen Zhaozhi, a retired professor of Beijing University of Science and Technology, had posted comments online, including reportedly writing “Wuhan pneumonia is not a Chinese virus but Chinese Communist Party virus” on social media. Chen told his lawyer during their first meeting on April 24 that police had tried to force him to confess but he refused.

Chen received another visit from his lawyer on November 17, 2020. According to the lawyer, Chen had recently been interrogated again about his comments about the COVID-19 pandemic on WeChat. Chen said he admitted making the remarks but that they don’t constitute a crime as it was just his free speech. The lawyer reported that Chen’s Alzheimer’s is getting worse, his memory has severely declined and that Chen could not remember many things he experienced in the past. Though the detention center allows him to take medication, he doesn’t know what the medication is.

On November 30, 2020, Chen was reportedly indicted and his case transferred to Beijing Haidian District Court.

According to his family, Chen, born May 17, 1952, suffers from hypertension and has had a stroke. He also reportedly has Alzheimer’s disease. Chen is at high risk of further medical complications, including infection with the novel coronavirus at the detention center. His family applied for bail but the police rejected the application. Deprivation of medical treatment is a common form of torture used against incarcerated human rights defenders and dissidents. Chen had a Twitter account and posted occasional tweets criticising Xi Jinping and the government, most recently in February. In July 2019, Chen was beaten by police officers from Dongsheng Police Station in Haidian District after shouting “down with Li Peng” on the day of the former premier’s funeral.