October 22, 2020       Comments Off on Global Call for Release of 12 Hong Kong Activists and Action from World Governments 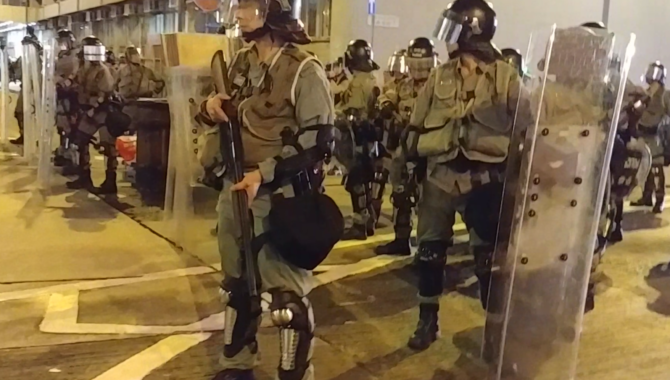 Global Call for Release of 12 Hong Kong Activists and

We, the undersigned condemn the arrest and detention of the 12 Hongkonger activists who are currently being held in incommunicado detention in mainland China, including three who were under 18 years old at the time of their arrest.

The 12 activists were intercepted by China’s Coast Guard on 23 August 2020 while attempting to escape Hong Kong. Concern has been growing for the detainees, aged 16 to 30, who have now been held for more than 50 days with no communication with their families or access to lawyers of their choice.

The group of 12 were detained with the charge of “illegal border crossing,” a criminal offence that carries a sentence of up to two years in prison. After a Chinese Foreign Ministry spokesperson labeled the detainees as “separatists” there are fears that the extreme charge of “endangering national security” could also be given. This could result in a life sentence or even the death penalty in “egregious cases.”

Families of the 12 held an emotional press-conference in Hong Kong calling on Carrie Lam, the Chief Executive of Hong Kong, to intervene in the case and to press for the detainees’ safe return to Hong Kong, as well as ensure their access to family appointed lawyers. At least four Chinese human rights lawyers, appointed by the families, have attempted to visit the detainees but were turned away. One was told his client already had lawyers, raising concerns that the lawyers were appointed by the government and therefore unable to provide an effective defense not biased towards the state-run police.

The arrest of this group of 12 activists and their forcible removal to mainland China and their incommunicado detention further signals the alarming and rapid decline in human rights for those living in Hong Kong. Yet even so, Hongkongers continue to mount a remarkable challenge to Beijing. They are still working to resist the pervasive restrictions on their fundamental rights and freedoms, including a refusal to accept a sham version of democracy with leaders pre-approved by the Chinese Communist Party (CCP).

We call on the Chinese authorities to immediately release the 12 Hong Kongers who have been detained as a direct result of their human rights activism.

We call on world governments to take urgent action to press Chinese authorities, in the strongest possible terms, to release the Hong Kong 12. Governments must continue public pressure and demands along with concrete actions to support the peaceful exercise of rights by Hong Kong people.

We express our solidarity with the Hong Kong movement for democracy and rights, and we salute the people of Hong Kong for refusing to remain silent as Beijing reneges on its promise of universal suffrage and democratic reforms.