November 10, 2020       Comments Off on An open letter to Chinese officials on the status of the Changsha Funeng 3 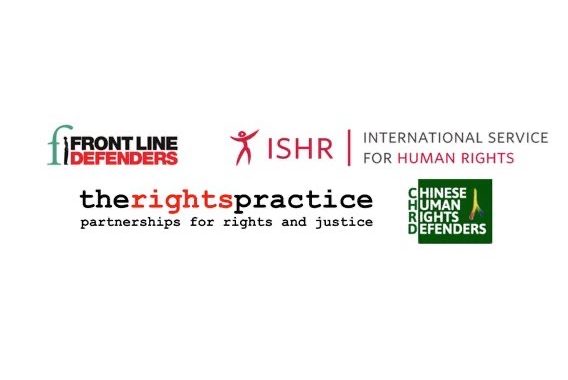 Ministry of State Security of the People’s Republic of China

Ministry of Justice of the People’s Republic of China

Supreme People’s Court of the People’s Republic of China

Supreme People’s Procuratorate of the People’s Republic of China

We are writing to express deep concern about the well-being of detained social service workers Cheng Yuan (程渊), Liu Dazhi (刘大志) and Wu Gejianxiong (吴葛健雄), who have dedicated themselves to assisting Chinese citizens to exercise their legal rights without discrimination.

After over a year without contact with their loved ones, the families of these individuals, known as the ‘Changsha 3’, received information on September 10 that the three had been tried between 31 August and 4 September 2020 on the charge of ‘subversion of state power’ (颠覆国家政权罪) by the Changsha Intermediate People’s Court. The families had not received prior notification and were not able to attend the trial.

Cheng Yuan, Liu Dazhi and Wu Gejianxiong advocated for the rights of marginalized groups and worked to protect the rights of the most vulnerable people in society. Their organisation, Changsha Funeng, sought to prevent discrimination and ensure equality in line with Chinese law by using the courts to strengthen protections for individuals living with disabilities and with HIV/AIDS and other communicable diseases.

On 22 July 2019, Changsha City National Security Bureau detained the three men on suspicion of ‘committing crimes against national security’[1]; after being held without charge for 37 days, the legal maximum, police formally arrested them on 26 August 2019 on subversion charges. Changsha Municipal Procuratorate indicted them on 24 June 2020, and transferred the case to Changsha Intermediate People’s Court. Following a trial in August-September (date unknown), the Changsha Intermediate People’s Court has not announced the verdict in the case.

Throughout this process, Cheng Yuan, Liu Dazhi and Wu Gejianxiong have had no contact with their legal counsel or their family members; this runs counter to the assertion that ‘the unit handling the case did so in accordance with the law… fully guaranteeing the rights of the three suspects’.[2] In March 2020, the six legal representatives of all three men were informed that they had been dismissed by the defendants, and that the men had agreed for authorities to appoint lawyers to take the case; however, the lawyers were not allowed to verify their dismissal with their clients. The families have repeatedly asked the unit managing the case and judicial authorities for the name and contact details of their assigned lawyers, but have been denied access to this information. At the same time, the State-appointed lawyers have not been transparent and proactive in sharing information about the cases, nor have they taken action to facilitate communication between their clients and their families.

The lack of information has a very serious impact on the families of Cheng Yuan, Liu Dazhi and Wu Gejianxiong, who have been without information about their loved ones for more than 15 months. We hope that these families will be able to reunite as soon as possible. The relevant government organs should promptly implement the recommendation of the UN Working Group on Arbitrary Detention, made over six months ago, to release the three immediately and provide them compensation; this is especially important, as they note, in the context of the COVID-19 pandemic and the threat that it poses in places of detention.[3]

In the interim, and in the interest of ensuring the well-being of Cheng Yuan, Liu Dazhi and Wu Gejianxiong, and of their families, we appeal to you to:

[1] As noted in the response to UN Special Procedures by the Chinese government, dated 23 December 2019.