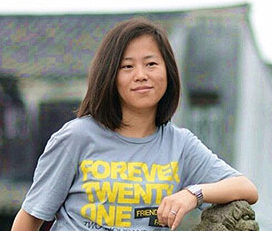 Length of Punishment: 4 years and 10 months

Wang Jing, a Jilin petitioner and citizen journalist, received a prison sentence in April 2016 in reprisal for her work reporting with the human rights monitoring NGO 64 Tianwang Human Rights Center (六四天网). Police first detained Wang in the spring of 2014 before releasing her on bail a month later. Wang was initially detained just after she witnessed and reported on an attempted self-immolation by a petitioner in Beijing in March 2014 during the “Two Meetings” of China’s main legislative bodies. Beijing police again took Wang into custody that December after she conducted interviews for UN Human Rights Day, which is marked on December 10. Police allegedly beat her while holding her in the Jiujingzhuang “relief center,” a temporary detention facility for petitioners, before handing her over to Jilin police, who forcibly returned her to Jilin. Chuanying District police arrested Wang the following month, and the local procuratorate indicted her on May 29, 2015. The indictment claimed her reporting with overseas websites constituted the crime of “picking quarrels.”

Police reportedly have tortured Wang while holding her in custody. According to Li Weida (李威達), one of her lawyers, he saw scars on her wrists, apparently from being excessively shackled, in the first meeting he had with Wang after being hired in January 2015. When Li met Wang at Jilin City Detention Center on June 10, 2015, Wang alleged that police had tortured her while taking her back to Jilin and in the Jilin City Detention Center. Wang said officers had slapped and shackled her, and that, after Wang went on a hunger strike in protest, authorities violently force-fed her, causing her to bleed.

The court didn’t notify her lawyer, Li Jinglin (李静林), prior to Wang’s trial, so she didn’t have legal representation at the proceedings. The court convicted Wang, with the verdict stating that she had given information to overseas websites which “slandered” government departments. It also said that she “created a disturbance in cyberspace, leading to netizens to stand in a circle and watch [a type of advocacy protest], inciting netizens’ moods, which created severe disorder to the order of the Internet.” Wang appealed her sentence, but the second-instance court upheld the original ruling in July 2016. She is scheduled to be released on September 15, 2019.

Wang Jing was suffering from cancer in her brain and a tumor in a cranial nerve when police took her back into custody in December 2014. In April and June 2015, Wang’s lawyers applied for bail on medical grounds, but the procuratorate turned the request down, and proceeded to formally charge her days after the application was denied. On February 7, 2017, Wang’s mother, Sun Yanhua (孙艳华), visited her in prison, where she discovered Wang’s cancer had worsened and half of Wang’s face was paralyzed. Sun learned during the visit that Wang had been taken to a Jilin hospital for an MRI exam but she was not given any treatment afterwards, despite the doctors reportedly telling Wang that she needed urgent treatment. Wang had requested medical parole herself and the family have filed two parole applications, but authorities turned them all down. According to CHRD’s sources, in March 2017, officials requested Sun Yanhua pay 50,000 RMB ($7,560 USD) in medical expenses for Wang to be treated in the prison hospital. On May 11, Wang was hospitalized but then released on June 22, though without getting the necessary treatment and with all the funds from her mother exhausted. Sun requested the prison give her a copy of Wang’s medical records, but the prison refused.

On September 15, 2019, Wang was released from prison after serving her full sentence. Jilin City police met her outside the prison gates are forced her to sign and fingerprint several pages without letting her read them; she refused to fingerprint the document, something she said she had refused to do since her arreste which led to retaliation from police. Upon her release, she again stressed that she was innocent and the case was political persecution. She alleged that she had been forced to sit on a ‘tiger bench,’ a torture instrument that has caused long-lasting and severe lower back pain.

Wang Jing, born 1976, began petitioning after her older sister, Wang Shuli (王淑丽), went missing and was presumed murdered in 1993 while working the night shift at a dye factory. Police never found Wang Shuli’s body nor brought anyone to justice, and allegedly lost files and evidence related to the case, according to the family. Wang’s father pursued the case until he fell ill in 2008, which is when Wang began to petition in earnest. From around that time, she also became a volunteer journalist with 64 Tianwang while also reporting on human rights abuses for other websites.