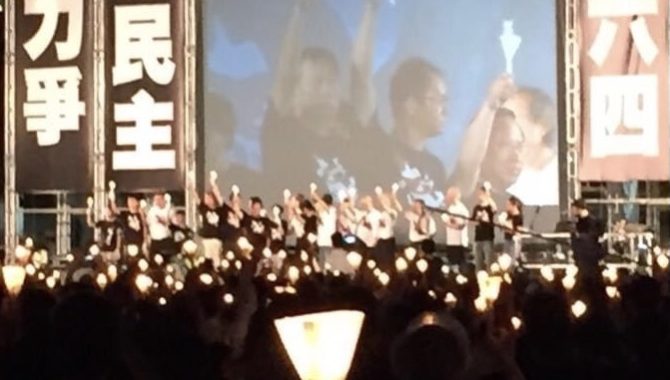 (New York, September 16, 2021) – Hong Kong’s government should drop all charges against leaders of the civic group that had been holding annual mass vigils in Victoria Park commemorating the victims of the 1989 Tiananmen Massacre in China, 61 Hong Kong and international human rights groups said today.

On September 9, 2021, the Hong Kong justice secretary charged the Hong Kong Alliance in Support of Patriotic Democratic Movements of China, the group’s chair Lee Cheuk-yan, 64, and the vice-chairs Chow Hang-tung, 36, and Albert Ho, 69, with “inciting subversion.” Police had arrested Chow on September 8, while Lee and Ho have been jailed for their activism since April and May, respectively. Chow, and four other leading members of the group, Tang Ngok-kwan, 53, Simon Leung, 36, Chan To-wai, 57, and Tsui Hon-kwong, 72, are separately charged with “failing to comply with notice to provide information.” All five have been denied bail. The prosecutions violate Hong Kong’s obligations under international human rights law to respect the rights to freedom of expression, association, and peaceful assembly.

“By arresting vigil organizers, Beijing and Hong Kong authorities are telling the world they’re not only afraid of the most peaceful protests, but also of their own brutal past,” said Sophie Richardson, China Director at Human Rights Watch. “They should end this political persecution and immediately drop the charges and release the vigil organizers.”

The charges of “inciting subversion” and “failing to comply with notice to provide information” are crimes under Hong Kong’s draconian National Security Law (arts. 23 and 43), which the Chinese government imposed on the city on June 30, 2020. The definitions of these offenses are overly broad and vague. “Subversion” criminalizes any act that seriously “interferes,” “disrupts,” or “undermines” the functioning of the Chinese or Hong Kong government, a definition that can readily include peaceful protests.

The charges are part of Beijing’s escalating campaign against the Hong Kong Alliance.

Until the Hong Kong police banned the vigils in 2020 and 2021, citing public health grounds, Hong Kong was the only place under Chinese sovereignty where the 1989 Tiananmen Massacre was publicly remembered every year.

The government stepped up its intimidation campaign in 2021. On June 2, the Food and Environmental Hygiene Department declared that the Alliance’s “June 4th Museum,” which focuses on the Tiananmen crackdown, had violated the law for not having a “public entertainment” permit, compelling the Alliance to temporarily close the museum.

On June 4, the police arrested Chow for “inciting unauthorized assembly” after she urged people to mark the Tiananmen Massacre by lighting candles. The police also blocked off the park and stationed thousands of officers throughout the city to prevent any gatherings.

In July, the Hong Kong Alliance laid off its staff and downsized its operations in anticipation of the government’s crackdown on the group. On August 25, police demanded the group’s membership list and financial information in an investigation of its alleged “collusion with foreign powers.” After the group refused to provide the information, citing the police’s misuse of power and lack of reasonable cause, the police again arrested Chow, along with the Alliance committee members.

On September 9, police raided the shuttered June 4th Museum and removed some of the exhibits, including photos of previous Victoria Park vigils and an oversized paper cutout of the Goddess of Democracy, a statue that had featured in the 1989 pro-democracy protests in China. On September 10, police froze HK$2.2 million (US$ 282,850) worth of assets of the Alliance. On the same day, the Hong Kong secretary for security informed the Alliance that the government is planning to revoke the Alliance’s registration with the Company Registrar, which will effectively disband the group.

Human rights and fundamental freedoms are enshrined in Hong Kong’s de facto constitution, the Basic Law. These rights are also guaranteed by the International Covenant on Civil and Political Rights (ICCPR), which is incorporated into Hong Kong’s legal framework via the Basic Law and expressed in the Bill of Rights Ordinance. The ICCPR protects the rights to freedom of expression, association, and peaceful assembly, among other basic liberties.

Concerned governments should impose coordinated, targeted sanctions, including travel bans and asset freezes, on Hong Kong Chief Executive Carrie Lam, Police Commissioner Raymond Siu, Secretary for Security Tang Ping-keung and other Chinese and Hong Kong officials responsible for the attacks on the Hong Kong Alliance, the groups said. Those governments should also issue coordinated public statements expressing concern about attacks on civic groups more generally. Over the long term, they should provide assistance to groups outside Hong Kong and China to archive and publish materials, including slogans, artworks, and political content, that are now banned or barred in Hong Kong, particularly those related to the 1989 Tiananmen Massacre.

“Hong Kong and mainland authorities should not be able to ban commemorations, shutter museums, and jail peaceful critics without paying a price,” Jianli Yang, founder and president of Citizen Power Initiatives for China, said. “Governments appalled by the rapidly deteriorating human rights situation in Hong Kong should make their opposition felt.”