March 8, 2022       Comments Off on CHRD calls for immediate release of anti-war activist and end to war-related censorship 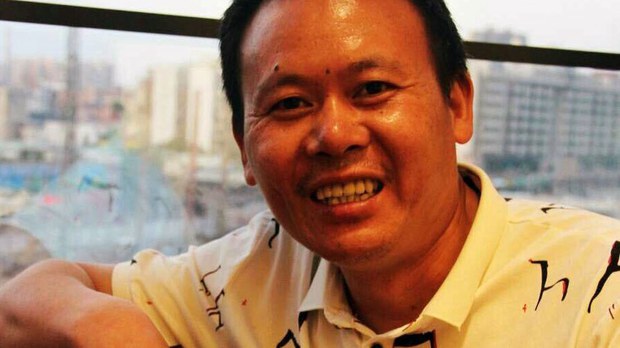 CHRD condemns the detention of a Chinese citizen who has attempted to engage in peaceful assembly to reflect his views on foreign policy issues, namely the military conflict in Ukraine. CHRD also condemns the Chinese government’s widespread use of censorship on social media regarding the conflict in Ukraine, particularly as most of the reported censorship incidents have tended to silence anti-war views.

On March 3, police from Shaoyang, Hunan province took away and administratively detained activist Peng Peiyu on the charge of “disturbing public order.”

On March 2, Peng planned to go to the Russian embassy in Beijing to conduct an anti-war demonstration, but was detained upon reaching Changsha, the provincial capital of Hunan. Before being administratively detained, Peng was able to phone a friend, saying that police had told him that they might take other measures against him—presumably meaning criminal detention followed by arrest.

On March 1, Peng Peiyu had published an online post titled “A Citizen’s Call to Launch an Anti-War Demonstration.”

The detention is not the only of its kind in China. A pro-peace demonstrator in Hangzhou staged a one-person protest and was immediately taken away by the police.

“Peng Peiyu and other Chinese citizens have the right to engage in peaceful assembly and to express their views on foreign policy. Peng should be immediately and unconditionally released”, said William Nee, CHRD’s Research and Advocacy Coordinator.

In addition to the detention of Peng Peiyu, the Chinese government has gone into overdrive with online censorship about the conflict, often favoring censoring views the criticize Russian aggression or that seek peace.

At times these censorship instructions have been explicit , as an internal memo at Beijing News told its employees to “ (d)o not post anything unfavorable to Russia or pro-Western.”

As a commentary in Rights Defense Network noted, “reading through many WeChat posts from the mainland, from the beginning, it wasn’t hard to find a lot of pro-Russia and anti-war views being expressed, but starting from February 27, many anti-war articles mysterious disappeared. As long as its anti-war, it will garner the label from internet administrators of “being against the relevant laws and regulations” thus censoring it, and even an article discussing China-Russia border issues was prohibited from sharing in WeChat”.

There has been censorship from the affected countries of the conflict that could limit the ability of the Chinese public and policymakers from having a more nuanced understanding of the situation. For example, WeChat took down a detailed first-person account posted on February 26 of an anti-war demonstration that took place in the Russian city of St. Petersburg. An example of alleged WeChat censorship was posted online by a Chinese man in Ukraine. His account had been restricted for a day for allegedly violating WeChat’s Acceptable Use Policy.

Censors deleted anti-war statements, such as a statement by five prominent scholars that expressed support to the Ukrainian people in defending their country and called for an end to the war. The statement noted that “(a)s citizens of a country that has suffered from ravages, broken families, starving people, and been compelled to give up part of its national territory….we recall that these kinds of sufferings and humiliations forged our own historical consciousness, and we share the pain of the Ukrainian people as if it were own”. A joint statement from more than 130 alumni of prestigious universities in Beijing that condemned the war was censored.

Meanwhile, aggressive pro-Russian posts have seemingly been allowed to circulate on the internet to a greater extent, while state media amplifies Russian media coverage and disinformation. On March 3, the Cyberspace Administration of China sent out censorship instructions that called for widespread censorship and “turning down the temperature” related to the conflict, limiting livestreams, and censoring views that pose“…challenges to our official statements, vilification of our foreign policy, incitement of Sino-Russian antagonism, pessimism about Sino-Russian relations, hyping of so-called historical episodes, and dissemination of harmful viewpoints that support or adulate the United States.”