The crackdown on trade unions in Hong Kong: what response from responsible investors?

April 19, 2022       Comments Off on The crackdown on trade unions in Hong Kong: what response from responsible investors? 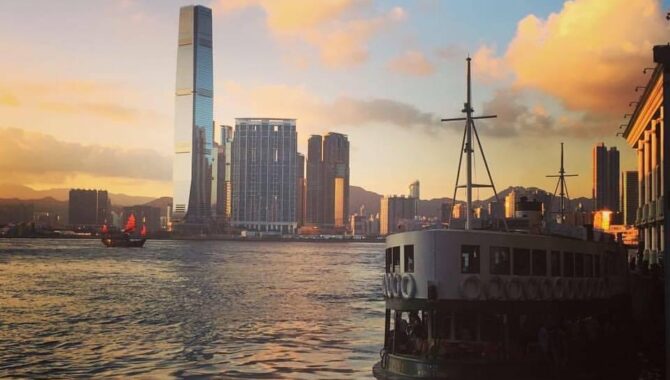 (This op-ed was originally published in the Business and Human Rights Journal).

The Hong Kong government has vowed to potentially further criminally punish the leaders of the now disbanded the Hong Kong Confederation of Trade Unions (HKCTU), which was Hong Kong’s largest pro-democracy trade union.

Since the National Security Law (NSL)  came into effect on July 1 2020, alarming reports drip out of Hong Kong on a daily basis, as the Beijing authorities chip away at the remaining freedoms. Since the law came into effect, the government has detained the organizers of the large-scale annul vigil outside the mainland to remember the victims of the Tiananmen Square Massacre and sentenced one of them to 15 months in jail. National security police arrested editors from independent media outlets and forced them to cease operations. At least 50 civil society groups have shut down in the face of government threats to investigate and prosecute group members.  To date, 183 people have been arrested on national security crimes.

According to reports, with reference to the Societies Ordinance, on February 17 national security police requested HKCTU to provide information about its operations, funding, and contacts with foreigners, but the union had denied such requests.  These requests came even though the NSL was promised not to be retroactive.

Police also went to HKCTU’s offices located in Mongkok, Kwai Chung, Jordan hauled off many boxes filled with HKCTU’s documents and other materials.

Before HKCTU made the decision to dissolve on October 3, 2021, it had roughly 100 affiliated organizations and approximately 145,000 members, according to HKFP. In 2019, during the pro-democracy protests, people in many sectors of the Hong Kong economy formed trade unions that subsequently affiliated with the HKCTU.

But now, not only HKCTU, but also these affiliated unions may be under threat. Wen Wei Po, a state-run newspaper owned by the Central Government’s Liaison Office that often serves as an attack dog against regime opponents, has questioned whether some 20 organizations formerly affiliated with HKCTU are still active, have employees who used to work at HKCTU, and to what extent they received assistance from the HKCTU.

Before the British handover to Chinese sovereignty in 1997, Lee Cheuk-yan and the HKCTU fought for labour rights, such as  collective bargaining, in a context in which the dominant, pro-Communist Party union, the Hong Kong Federation of Trade Unions, largely favored business interests and Beijing’s political interests. However, after China regained sovereignty, the Hong Kong government repealed the newly enacted bills related to collective bargaining, and organising, and it amended the trade union ordinance. The HKCTU subsequently submitted a complaint to the ILO’s Committee on Freedom of Association, (case 1942) which said, in essence, that although the Chinese government had stated that it would respect all ILO conventions previously applicable to Hong Kong, the Hong Kong government’s repeal of the bills on organizing and collective bargaining led it to be in violation of Convention 87 (Freedom of Association and Protection of the Right to Organise) and Convention 98 (Right to Organise and Collective Bargaining).  The HKCTU brought other cases to the ILO, and made submissions to UN bodies as well.

But besides these interactions with international bodies, the HKCTU core work was  grassroots organising and social mobilisation. It was at the forefront of pushing for Hong Kong’s first minimum wage law, which benefited hundreds of thousands of workers.

According to a profile of HKCTU by labor scholars Tim Pringle and Peng Pai:

“Probably the most significant struggle in the last decade was the 2013 dock workers’ strike organised by the HKCTU affiliate Union of Hong Kong Dockers (UHKD). The strike was led by five hundred dockworkers employed across five companies at the Hongkong International Terminals (HIT). The port is owned by Hutchison Port Holdings, whose chairman, Li Ka-shing, is one of Asia’s richest men. The outsourced workers suffered appalling working conditions, with shifts that could last twenty-four hours on wages that were lower than they had been in 1997.

The long struggle ended with a 9.8 percent pay rise, meal breaks, and written promises from HIT management and subcontractors not to retaliate against the strikers (which some subcontractors subsequently broke)”.

With such a union now gone and its former affiliates now under attack from state-media, there are concerns about whether Hong Kong will live up to its other commitments under the International Labour Organisation (ILO).

Indeed, the International Trade Union Confederation (ITUC) General Secretary Sharan Burrow said that the “…tactic to use past trade union activities to persecute people now runs counter to logic, justice and international law, namely the ILO principle of freedom of association and Convention 87, which Hong Kong has ratified.”

It is worth noting that ILO Convention 87 is considered one of the ILO’s Core Conventions, which business must respect under the UN Guiding Principles on Business and Human Rights (UNGPs).

Why ESG Investors and the International Community Should Care

As laid out in the UNGPs, businesses have a responsibility to respect human rights wherever they operate in the world. The UNGPs require that business enterprises take pro-active steps to ensure that they do not cause or contribute to human rights abuses within their global operations and respond to any human rights abuses when they do occur. Businesses should conduct human rights due diligence to identify, prevent, mitigate and account for how they address their adverse human rights impacts (UNGP 17).

Trade unions have often stepped in to highlight risks and are well placed to do so.  For example, in 2016,  an affiliate of HKCTU  did a survey of the wages and working conditions at McDonald’s, Café de Coral, Maxims [Hong Kong distributor for Starbucks], with Pizza Hut and Yoshinoya, the Japanese fast-food restaurant, and found low wages and poor benefits. Amnesty Hong Kong and Greenpeace once called on supermarkets in Hong Kong to clarify whether their supply chain of beef products were linked to illegal deforestation of the Amazon rainforest. However, with trade unions under threat and the disbanding of at least 68 civil society organizations, including Amnesty Hong Kong, companies can no longer assume that civil society will pro-actively raise issues.

Organisations such as the HKCTU used to regularly engage with the ILO and UN mechanisms, as seen above. However, this sort of interaction with international engagement now comes with great risks, ever since national security police investigated the Civil Human Rights Front for, among other issues, requesting the UN to investigate rights issues in Hong Kong. Speaking with the international media comes with risks as well. The prosecution in national security cases has successfully argued that speaking to outlets like the BBC or New York Times is a sufficient cause to deny bail.

Put simply, the death of civil society leads to blind spots for companies assessing their operations, leading to greater social and political risks, and businesses must increase the scope and intensity of their human rights due diligence.

Similarly, businesses should take on board the principle of UNGP 21 and recognize that Hong Kong is now an operating context that pose “risks of severe human rights impacts”, and as such, businesses should be prepared to communicate externally about how they have addressed such risks. In other words, ESG investors should expect more from the “S” side – the sometimes neglected “social” aspect of ESG – from companies operating in Hong Kong, mindful that the UNGPs lay down an expectation that businesses respect all internationally recognized human rights, including civil and political rights.

Can companies do more?

It’s important to recognise that the UNGPs are just the minimum international standard for business and human rights, but companies can – and should – go above and beyond.  Indeed, the UN Working Group on the issue of human rights and transnational corporations and other business enterprises in 2021 issued a guiding document on human rights defenders that urged businesses to go above and beyond the UNGPs and “opt to do more to support defenders, out of a moral imperative to stand up for human rights in the societies they operate in” especially when “the State is failing to protect defenders, or, as is often the case in many cases, when State actors are carrying out or implicated in attacks against defenders” (paragraph 56). The Working Group also reiterated that “successful, sustainable business and investment environments require accountable governance, bound by the rule of law and maintained by the enjoyment of the rights”.

Businesses, even those who seek to respect human rights may ask: what’s the point in speaking out now?  Hong Kong, they may say, albeit privately, is too far gone at this point.

While it is possible that little can be done now to change Hong Kong’s trajectory, there is, potentially, a window for speaking out. On April 4, Hong Kong Chief Executive Carrie Lam announced she would not be seeking a second term, in a move the presumably showed Beijing’s displeasure. The sole contender for the Chief Executive selection is former security chief John Lee, who has pledged to enact local national security legislation, signaling a hardline approach to governance.

But Hong Kong may need business stability. China, including Hong Kong, could be facing severe economic headwinds. People are leaving the city. Hong Kong recorded 71,000 net departures in February and some big firms have been relocating bankers and traders from the financial hub. COVID-19 lockdowns in Shanghai and other Chinese cities are also dampening economic growth prospects for 2022 for China. Thus there is a need for investment and business confidence for Hong Kong to maintain its economy – and even John Lee has called for greater competitiveness as a financial hub.

Foreign businesses and chambers of commerce should voice their concerns about the deteriorating situations for civil society, including trade unions, and their desire to see a rights respecting environment that is stable for business from a new administration.

In the medium run, though, with a security-laden agenda on the table for Lee, the rights situation is likely to deteriorate further.

No matter what, the risk profile of Hong Kong is changing fast.  Business must respond.

William Nee is the Research and Advocacy Coordinator at Chinese Human Rights Defenders (CHRD), where he carries out research regarding a wide array of human rights concerns impacting human rights defenders in China. Previously, Nee worked as a Business and Human Rights Analyst and China Researcher at Amnesty International, where he researched human rights abuses caused by multinational companies and focused on freedom of expression, censorship, criminal justice developments, and the death penalty in China.