‘Hard to refute’: the UN report on China’s abuses in Xinjiang 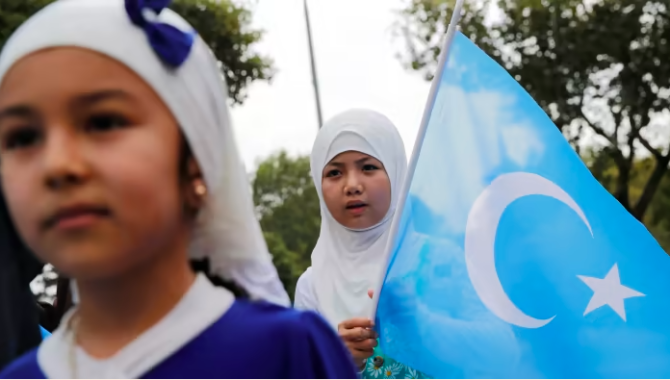 By Edward White in Seoul

The finding of the UN’s top human rights body that Chinese repression of the Uyghur population in Xinjiang could constitute “crimes against humanity” is a landmark in international scrutiny of Beijing’s conduct in the north-western region.

Michelle Bachelet, the former Chilean president, defied intense lobbying from China by publishing the results of her investigation just before the end of her tenure as UN High Commissioner for Human Rights on Wednesday.

“This UN report is extremely important. It paves the way for meaningful and tangible action by member states, UN bodies and the business community,” said Dolkun Isa, president of the World Uyghur Congress, an advocacy group. “Accountability starts now.”

What happened inside the camps?

Among the UN’s findings is that a “pattern of large-scale arbitrary detention occurred” in Xinjiang’s detention centres from at least 2017 to 2019.

Based on interviews with dozens of first-hand witnesses, the UN detailed a pattern of torture, as well as other forms of “cruel, inhuman or degrading” violations, and “credible” allegations of sexual and gender-based violence, including rape.

“Their accounts included being beaten with batons, including electric batons while strapped in a so-called ‘tiger chair’; being subjected to interrogation with water being poured in their faces; prolonged solitary confinement; and being forced to sit motionless on small stools for prolonged periods of time,” the report said. A tiger chair restrains a prisoner during interrogation.

Detainees were subjected to “constant hunger” and “constant surveillance”. They were forced to memorize the “red songs” and other propaganda of the Chinese Communist party. They were also mandated to take regular injections and pills, which made them drowsy.

“The extent of arbitrary and discriminatory detention of members of Uyghur and other predominantly Muslim groups . . . may constitute international crimes, in particular crimes against humanity,” the report said.

William Nee, research and advocacy coordinator at Chinese Human Rights Defenders, said that while “the report is often written in a cautious and hedging language, the concerns raised, based on close human rights analysis of the government’s own laws, policies and statements will be very hard for the Chinese government to refute”.

“Although these robust findings will not immediately change the situation on the ground, they should, at the very least, give courage to governments who have been reluctant to speak out for millions of Uyghur victims.”

What was the scale of the abuse?

Since 2017, China has dramatically expanded police control over Xinjiang’s Muslim population, which numbers about 13mn in a region of 25mn.

The UN report stopped short of giving an exact figure for the number of people detained or subjected to other abuses, referring to an earlier UN committee estimate of tens of thousands to more than 1mn.

It noted Beijing’s position that the number of detainees “taking part in education and training” was hard to estimate because people were constantly moved in and out of the system, but stated nonetheless: “It is reasonable to conclude that a pattern of large-scale arbitrary detention occurred.”

China insists the system has since been reduced in scope.

A trend towards more and longer imprisonments in Xinjiang’s criminal justice system “strongly suggests there has been a shift towards formal incarcerations as the principal means for large-scale imprisonment and deprivation of liberty”, the report noted.

Some western governments, including the UK, have called for the UN to start a formal investigation of abuses in Xinjiang.

Among its recommendations, the UN report urged Beijing to “release all individuals arbitrarily deprived of their liberty” in Xinjiang and give details to families about “the whereabouts of . . . their loved ones”.

The Chinese government, it said, should also investigate “allegations of torture, sexual violence, ill treatment, forced medical treatment, as well as forced labor and reports of deaths in custody”.

The UN encouraged businesses to improve their human rights due diligence, especially in the surveillance and security sector. It said governments should refrain from returning at-risk Uyghurs or other Muslim minorities to China.

The UN also published China’s own report defending its “fight against terrorism and extremism in Xinjiang”.

Courtney Fung, a non-resident fellow at the Lowy Institute think-tank, said China would still have an opportunity to “closely manage” criticism because the report was released less than a fortnight before the last Human Rights Council session of 2022, with no successor to Bachelet announced.

“The UN space isn’t a level playing field. China’s rise in the UN system and its veto-empowered UN Security Council position affect any discussion over accountability,” she said.