October 26, 2022       Comments Off on Global Financial leaders Must Speak Up for Human Rights Ahead of HK Summit 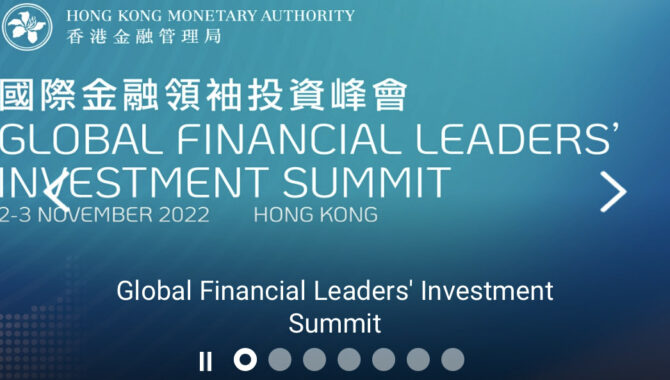 On November 1-3, over 30 influential global finance players will be in Hong Kong for the Global Financial Leaders’ Investment Summit. The Summit, hosted by the Hong Kong Monetary Authority, will, in the words of its organizers, “tap into Hong Kong’s strength in attracting investment” and “our influence as an international financial centre.”

In addition to global financial titans, the Summit will also be attended by Hong Kong government leaders and Chinese financial regulators.

CHRD calls on these financial leaders to bring up the deteriorating human rights situation in Hong Kong as a matter of the utmost urgency.

CHRD created this brief explainer to highlight why investors and bankers should care about human rights in Hong Kong and China.

Q: Why do companies and investors need to pay attention to human rights?

A: Under the UN Guiding Principles on Business and Human Rights (UNGPs), which is the global standard, companies have a responsibility to respect all internationally recognized human rights wherever they operate in the world. This responsibility for businesses and investors to respect human rights exists independently of a country’s ability or willingness to fulfill its own human rights obligations.

In other words, even if the leaders of a country don’t care about human rights – or are violating human rights openly like in China, including Hong Kong– businesses still need to make sure that they are avoiding causing or contributing to human rights abuses. That process is called “human rights due diligence.”

Besides this, the field of Environmental, Social and Governance (ESG) investing and reporting has emerged in recent years, and investments in ESG are estimated to be at $2.7 trillion dollars and growing.

Q: Does China agree with the notion that companies must respect human rights?

A: Kind of. The UN Guiding Principles on Business and Human Rights were passed unanimously by the UN Human Rights Council, with China’s approval.

Furthermore, China claims that it is implementing the UNGPs. At a meeting at the UN where China’s human rights record was under review in 2018, the Chinese government claimed that it had implemented a business and human rights framework, and that its companies were “referring” to the UNGPs.

Q: But is that true?

A: No. There is no evidence yet that Chinese laws and regulations have made explicit reference to the UNGPs, although some non-binding guidance documents do briefly mention them.

Q: How does that compare to other countries?

Q: Why should investors care about human rights in Hong Kong?

A: Business leaders need to appreciate how rapidly the human rights situation in Hong Kong is deteriorating and that it is actually a social risk that they must take into consideration in conducting human rights due diligence. In June, the UN Human Rights Committee reviewed Hong Kong’s compliance with the International Covenant on Civil and Political Rights (“the Covenant”). The Committee issued its Concluding Observations on July 27, and the 12-page document of observations and recommendations can only be described as a damning indictment of the deterioration of freedom and rights in Hong Kong since the National Security Law (NSL) was enacted in June 2020.

The UN Human Rights Committee noted the “overly broad interpretation of and arbitrary application” of the law, which has been used to arrest 213 people as of September, 2022. The Committee found that certain provisions of the NSL “substantially undermine the independence of judiciary and restrict the rights to access to justice and to fair trial.” The Committee found that the way the law has been applied had unduly restricted a wide array of human rights guaranteed by the Covenant. It noted that people were at risk of reprisals if they engaged with the UN. The Committee recommended that the government take “concrete steps” to “repeal the NSL, and in the interim, cease applying the law.”

Most importantly for investors, civil society and the media have been decimated.  These institutions used to closely monitor the human rights situation in Hong Kong, but now at least 68 civil society organizations have been shut down or have pro-actively closed due to staff’s fears of being arrested. Over 100 trade unions have been forced to shut down, and eight labor activists have been prosecuted. It is now much more difficult for Hong Kong citizens to exercise their freedom of association, one of the labor rights businesses must respect under the UNGPs.

In the past, civil society held businesses to account, but it is now that is almost too risky to do so.  The death of civil society creates blind spots for companies assessing their operations, leading to greater social, political, and ESG risks.

At the very least, investors that claim to be progressive leaders on ESG cannot easily do business with a government that is jailing labor leaders and peaceful activists.

Q: Yes, but still, why should businesses speak out now? Will it do any good?

A: Hong Kong’s re-opening to the world makes this the perfect time to deliver the message. Hong Kong is struggling. The city has been essentially isolated from the world due to some of the strictest COVID controls. The stock market has hit record lows not seen since 2009. The population is declining, and many business leaders have left or are thinking of relocating. Likewise, Chinese growth has hit record lows in 2022.

The Summit is, in part, designed to show that Hong Kong is coming back from these difficulties, and can once again attract investment. Hong Kong leaders will need to show that they are responsive to the views and concerns of influential investors.

In this context, business leaders should effectively communicate that repression has spillover effects into the business climate and increases social risk.

Moreover there have been reports of forced labor by Uyghur, Kazakh, and other predominantly Muslim ethnic groups, and the UN recently concluded that government labor schemes may involve coercion and lack voluntariness. Investigators conducting due diligence on this issue have been interrogated or detained.

This is why the US passed the Uyghur Forced Labor Prevention Act.

To avoid further disruption to supply chains, business leaders should clearly tell Chinese financial regulators that they must allow for businesses to conduct human rights due diligence in line with the UNGPs, or risk further economic fallout.