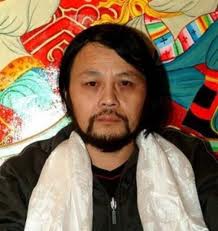 Tan is an activist, environmentalist, and former editor of Literati (文化人) magazine from Chengdu City, Sichuan Province. After the Sichuan earthquake in May of 2008, Tan published a number of online commentaries critical of the government. In February 2009, he released a proposal calling on netizens to travel to Sichuan to compile a list of students who died in the earthquake and to investigate the quality of collapsed school buildings, as well as to assist parents of these children efforts to seek legal justice. Born May 15, 1954, Tan had hoped to finish his investigation by the first anniversary of the earthquake, but he was taken into police custody in March of 2009. Tan served a five-year prison sentence on charges of “inciting subversion of state power” and was released in March 2014.

U.S. Must Underscore Importance of Human Rights Issues at Strategic and Economic Dialogue, May 6, 2011, CHRD

U.S. Congressmen Urge Obama to Raise the Cases of Tan Zuoren and Huang Qi with the Chinese Government, October 30, 2009, CHRD