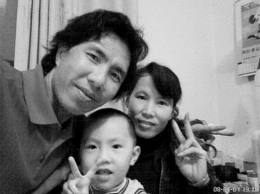 Length of Punishment: 4 years’ imprisonment (with additional fine of 200,000 RMB)

Xu Kun, an elected director of village committee in Baihutou Village in Beihai City, led villagers in resisting forced home demolitions and requisitioning of beachfront land on which residents had operated businesses to supplement their income from fishing. Born on June 20, 1974, Xu was detained in May 2010—for “operating an illegal business”—on the grounds that he was running a parking lot. Several other villagers were also sentenced to prison for the same crime. Later that year, a local court upheld an administrative ruling authorizing the destruction of Xu’s home in Baihoutou. Xu was released early, in June 2013.

More Details Emerge Regarding Government Retaliation against Villagers in Guangxi Province, May 24, 2010, CHRD