“By handing down this verdict to punish human rights activist Ni Yulan, who suffered from torture that left her paralyzed during previous imprisonment, the Chinese government tells the world defiantly that it has nothing but disdain for human rights and that it treats its international and constitutional obligations merely as decorations,” said Renee Xia, CHRD international director. 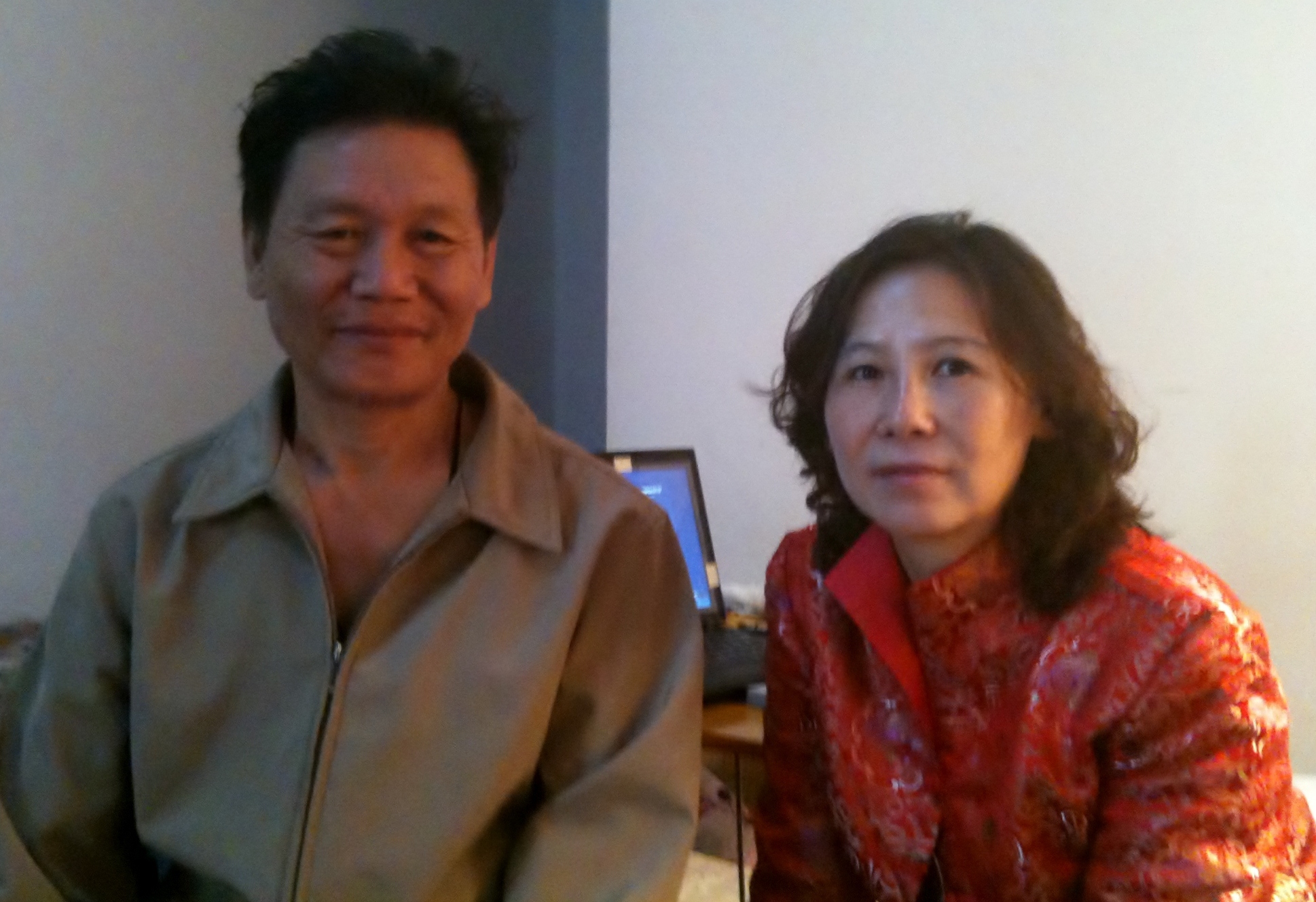 Ni and Dong’s verdict hearing, which began at 9 a.m. at the Xicheng District People’s Court, lasted just 10 minutes. Dong Xuan (董璇), the couple’s daughter, was allowed to attend the hearing. However, more than 100 police officers reportedly surrounded the courthouse and cordoned off the area, preventing the couple’s supporters and other family members, such as Dong Jiqin’s brother, from entering the courthouse. A number of Beijing petitioners were held under soft detention at home to keep them from travelling to the court. Ni’s lawyer, Cheng Hai (程海), who attended the hearing, said he will request a meeting with Ni and will recommend that she appeal the verdict.

Ni Yulan and Dong Jiqin were taken into custody on April 7, 2011, during the crackdown on civil society launched by the Chinese government following the Arab Spring and anonymous online calls for “Jasmine Revolution” protests in China early last year. According to the indictment, the couple was criminally detained for “creating a disturbance” for allegedly “tearing up the registration book” and “hurling insults” at the staff at the Yuxinyuan Guest House, their residence at the time. On July 13, Ni was additionally charged with “fraud” for allegedly stating she was a lawyer in order to win sympathy for her case and to gain financially. The Xicheng District People’s Court originally heard Ni and Dong Jiqin’s case on December 29, 2011. The court’s waiting over three months to announce the verdict violates the time limit stipulated in Article 168 of China’s Criminal Procedure Law. Ni and Dong are currently being held at the Xicheng District Detention Center in Beijing’s Haidian District.

Since 2002, Ni, 52, has been the target of sustained police persecution, which has included repeated arbitrary detention, harassment, and torture and other cruel and degrading treatment.  Xicheng District authorities forcibly demolished the couple’s home in 2008 in retaliation against Ni for her activism.

This is the third time that Ni has been imprisoned for her work as a human rights defender. She was convicted in 2002 and again in 2008 of “obstructing official business” as she sought to defend her own rights and those of others who had been forcibly evicted from their homes.  As the result of previous torture, Ni cannot walk and suffers from an assortment of chronic medical issues, including difficulty breathing, heart problems, and digestive trouble. Ni’s family has raised serious concerns about her health, and her lawyer has tried unsuccessfully to get Ni released on medical parole.