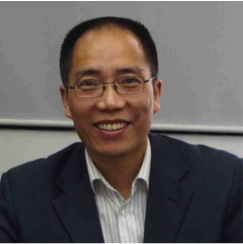 Activist Zhao Changqing (赵常青), originally from Shaanxi Province, has been incarcerated and put under soft detention many times for his longtime political activism. His current detention is part of a nationwide crackdown on civil society that started in late March 2013. Born in 1969, Zhao has been active in pro-democracy and human rights campaigns since he was a student leader in the 1989 Tiananmen protests, a role for which he was imprisoned. He was later jailed two more times for his democracy activities (in 1997 and 2002) on charges of “inciting subversion of state power,” for three and five years, respectively. Since his release in 2007, he has devoted himself to promoting civic activism, organizing citizen campaigns on diverse issues—from equal rights to education to anti-corruption efforts—and using the Internet as a platform of action, especially the eJournal and blog “Charter 08.” Zhao’s first trial, held on January 23, 2014, was postponed after Zhao dismissed his lawyers in protest against unfair legal and procedural violations by the Haidian court.