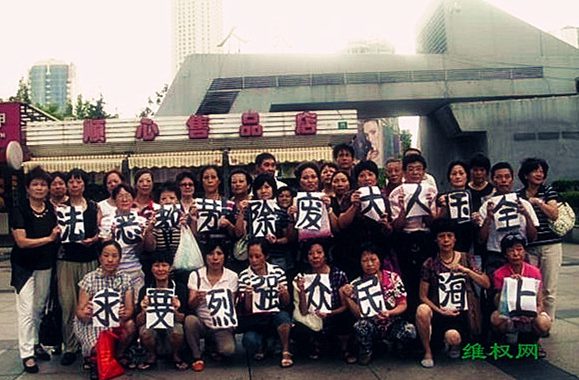 Police in Henan Province forcibly took away Zhang Shaojie (张少杰), a pastor at a Three-Self Patriotic Christian Church in Nanle County, and over a dozen church staff on November 16, presumably in retaliation against Zhang’s efforts to help others seek accountability for rights abuses. Several of Zhang’s family members and members of his church were beaten after protesting for the release of pastor Zhang at the police station. During the protest, police also detained Zhang’s sisters. Two days later, more than a hundred supporters demonstrated outside City Hall for the pastor’s unconditional release. The 48-year old Zhang is the chairman and president of the Nanle County branch of the state-sanctioned Protestant church in China. The current whereabouts of Zhang and his detained family members and staff remain unknown.[1]

A number of Tibetans in Biru (Tibetan: Diru) County, Tibetan Autonomous Region (TAR) have been detained, as local authorities intensify their efforts in implementing Xi Jinping’s new policy to promote patriotic education, loyalty to the Party, and mass surveillance in Tibet (See previous CHRB). Thirteen people were taken into detention on November 3 in Tengkhar Village after repeatedly petitioning authorities on the whereabouts and for the release of a Tibetan writer and his friend who were detained in mid-October. Officials have banned Tibetans from petitioning in groups of five or more and had previously ordered them to submit their grievances in writing. On November 4, a hundred armed police officers were sent to Tengkhar Village to enforce a de facto curfew. Several days later in Biru, TAR Deputy Party Secretary Wu Yingjie addressed a large contingent of armed police and officials, telling them to continue the fight to “maintain stability” and “further strengthen patrol duty, control and grid management.” Neighbouring Sog County has also witnessed several detentions and arrests.[2]

Chinese Lawyers Concerned About Proposed Substitute for Re-education Through Labor

The Chinese Lawyers for the Protection of Human Rights issued a statement highlighting six major recommendations for the effective abolition of Re-education Through Labor (RTL) system, after the Central Committee of the Chinese Communist Party (CCP) announced its decision to abolish it at the end of its Third Plenum on November 15, 2013. While the lawyers support the reform, they also have vowed to maintain “a high degree of vigilance and concern” over the CCP’s proposal that it would “perfect the laws for punishment and correction of illegal and criminal behavior” to be carried out by “local community correction” centers.

The six recommendations are: (1) The Standing Committee of the National People’s Congress (NPC) should pass a specific resolution to abolish RTL; (2) The judicial system should review RTL victims’ request for state compensation according to the law; (3) Suspects of minor crimes should be handled by the court through established criminal procedures, and it is not necessary to legislate a new law for punishment and correction of illegal and criminal behavior; (4) If such a law must be adopted, the government must safeguard constitutional protection for human rights, strictly define the scope of the law’s application, follow the procedures of judicial review, prevent arbitrariness in expanding the power of law enforcement, and guarantee effective legal remedies for those wrongfully convicted; (5) The legislative process of such a law, especially its provisions that involve deprivation of liberty, must be open to public comments by the country’s highest legislative body, the NPC, not its Standing Committee; (6) Immediately outlaw and close down extra-legal detention facilities including the so-called “legal education centers,” “disciplinary sites,” and “black jails” (detention cells which have mushroomed as de facto RTL camps in the wake of the system’s gradual phasing out since early 2013), and seek legal accountability of officials who illegally operated these facilities.[3] 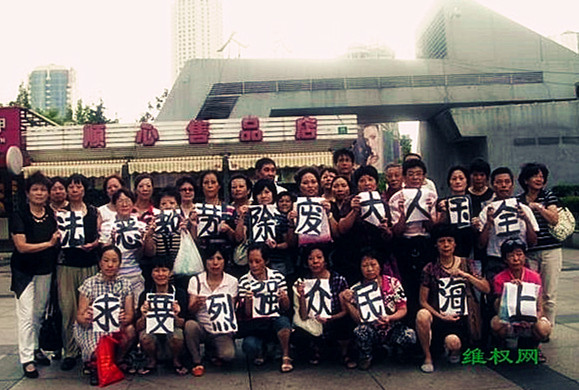 [3] “Statement on Relevant Issues of the Abolition of the Re-Education Through Labor System by the Chinese Lawyers for the Protection of Human Rights” (中国保障人权律师团律师对劳教制度废止相关问题的声明), November 19, 2013, WQW.