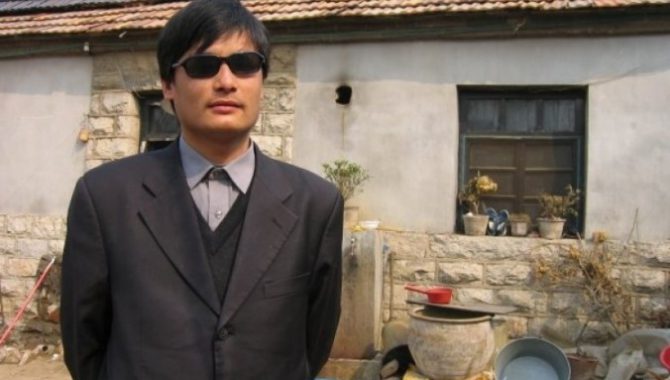 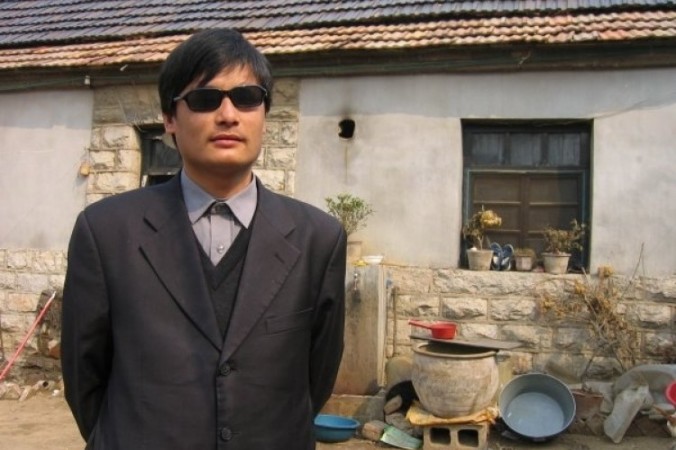 Chen Kegui, the nephew of human rights lawyer Chen Guangcheng, pictured here, is seriously ill in prison in China, but the administration will not allow surgery for his appendicitis. (Weibo.com)

The nephew of blind Chinese activist is suffering from appendicitis, but prison authorities refuse to allow his release on medical grounds, or allow surgery in the prison hospital, reported Chinese Human Rights Defenders (CHRD) in a briefing last week.

When Chen Kegui’s mother, Ren Zongju, visited him in Linyi Prison in Shandong Province at the end of December, he was visibly ill, sweating profusely and clutching his abdomen, said (CHRD) .

Chen has been suffering from appendicitis since November of 2012, when he began serving his sentence, but the prison authorities have not allowed effective treatment, saying the appendicitis is a cyst.

Early this month the family again submitted an application for a medical release so that Chen could be treated outside the prison, since his condition has not improved, but prison authorities again rejected it, saying the family did not have the proper qualifications to seek a medical release, according (CHRD) .

Last year Chen was officially diagnosed with appendicitis, but when his father, Chen Guangfu (Chen Guangcheng’s elder brother), requested medical leave, the prison authorities refused to allow treatment outside the prison, or to hospitalize the ill Chen Kegui in the prison hospital.

An ultrasound conducted on Chen Kegui last April reportedly showed that his appendix is inflamed and pus-filled, said Human Rights Watch (HRW), confirming that his condition was severe, and required surgery then.

“Chen Kegui urgently needs effective medical care,” said HRW spokesperson Sophie Richardson. “Until the Beijing, Shandong, and Linyi authorities cease their persecution of the Chen family, it is hard to see what difference Xi Jinping’s administration is making over the previous leadership despite his promise to ‘put power in a cage of laws’.”

Chen Kegui was arrested and imprisoned in 2012 for defending his family against a gang of security police who broke into his home looking for Chen Guangcheng after his escape from house arrest.