March 14, 2014       Comments Off on Chinese Government Must Be Held Accountable for Death of Activist Cao Shunli 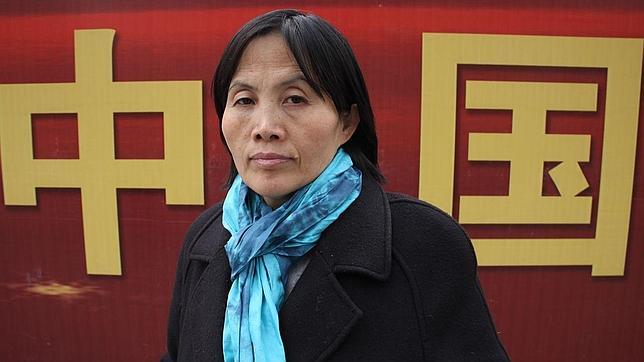 (The Chinese Human Rights Defenders, March 14, 2014) – We are overwhelmed with grief over the death of Cao Shunli (曹顺利), a fellow human rights defender. Cao Shunli will be remembered by those in China and elsewhere for the sacrifices that she made in unflinchingly promoting human rights, especially her leading role in a campaign to demand the Chinese government allow genuine civil society participation when China underwent the Universal Periodic Review in 2009 and 2013. Cao Shunli passed away at the Beijing No. 309 Military Hospital on March 14, 2014.

“We mourn the loss of a stalwart defender of human rights and a friend. The death of Cao Shunli is the saddest yet clearest example of the Chinese government’s unbridled and rampant persecution of civil society activists and human rights defenders that seek participation in UN human rights activities,” said Renee Xia, CHRD international director.

CHRD has documented overwhelming evidence detailing Chinese authorities’ role in disappearing, arbitrarily detaining, and torturing or inhumanely treating Cao Shunli by denying her medical treatment in detention, which directly led to her death.

CHRD demands the Chinese government provide state compensation to Cao Shunli’s family for her illegal detention, for the abuses and inhumane treatment that she was subjected to in detention; and the government must allow independent investigation and seek criminal accountability for Cao’s death.

CHRD strongly urges the Human Rights Council, its President, and other Member States to condemn the Chinese government for its arbitrary detention, torture and inhumane treatment of Cao Shunli, which led to her death. They must support an independent investigation into Cao Shunli’s death. The Chinese government must be held accountable for Cao’s death as part of the government’s ongoing and unchecked reprisals against human rights defenders in China.

CHRD asks diplomats in Beijing to contact Chinese government officials in the Ministry of Foreign Affairs to demand an explanation for Cao’s death and urge the government to allow independent investigation into the incident. We urge foreign correspondent to ask questions about Cao Shunli’s death and demand accountability at press conferences at the Ministry of Foreign Affairs, the State Council, and the National People’s Congress that is still in session; journalists can visit and interview Cao’s family, lawyers, and supporters at the Beiing No. 309 Hospital now and report from the scene.

Chinese authorities initially detained Cao Shunli at the Beijing Capital International Airport on September 14, 2013, to prevent her from traveling to Geneva to attend a training on UN human rights mechanisms and a session of the Human Rights Council. Authorities initially disappeared her for several weeks and then put her under criminal detention for “unlawful assembly.” She was subsequently arrested and charged with the “creating a disturbance.” 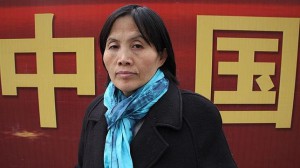 Health Declined to Life-Threatening State Due to Denied Medical Treatment

Cao Shunli’s health deteriorated significantly during her five months in Chaoyang District Detention Center in Beijing, but she was repeatedly denied access to see a doctor. Cao developed a number of serious illnesses, including tuberculosis and liver ascites, and was also dealing with fibroid tumors and cysts. Her family made a number of requests for medical release, but those were repeatedly denied. On February 17, Ms Cao was rushed to the intensive-care unit of Beijing’s Qinghe Emergency Center, though her family was not informed until February 19.  She was transferred to the 309 Military Hospital on February 20 and later fell into a deep coma due to organ failure, which was the result of her lack of access to medical treatment.

Authorities tried to force Cao’s family and lawyer to sign off on her bail on medical grounds on February 27, after her status grew life threatening. Authorities then went ahead with her release without the consent from her family and lawyer, though Cao’s brother eventually signed the document as he had no other choice. The local procuratorate’s bypassing of normal procedures in ordering Cao’s bail were most likely an attempt by authorities to absolve themselves of responsibility for Cao’s serious health crisis.

Since 2008, Cao Shunli has persistently advocated for civil society participation at the national level in China’s preparation for the 2009, and then the 2013 UPR, particularly in the drafting of the national human rights reports. Since China pledged at the UN to have “broad consultation” with the public in drafting its human rights action plan and national human rights report prior to its first UPR in 2009, Ms. Cao and other Chinese activists have requested the government disclose materials about its UPR and permit civil society participation in the reviews. In response, China’s State Council representatives simply cited “instructions from above” in refusing to accept the activists’ appeals. Since such a request was first submitted in December 2008, some of the leading activists in this campaign have been intimidated, put under house arrest, or detained. Ms. Cao also has advocated for the inclusion of the views of petitioners in drafting China’s national human rights report for UPR.

In November 2012, a Ministry of Foreign Affairs (MFA) reply to Ms. Cao’s application for public disclosure of information about UPR officially stated that the process involved “state secrets.” Ms. Cao was also among dozens of citizens who filed a lawsuit against the MFA regarding the lack of transparency about UPR. A Beijing court refused to hear the suit, however, issuing a decision in August 2013 that reinforced authorities’ rejection of civil society participation in UPR.

Starting in June 2013, Ms. Cao and fellow activists in Beijing held several peaceful demonstrations in front of the building that houses the Ministry of Foreign Affairs, demanding participation in the UPR. One demonstration attracted up to 200 activists at one point, and they were broken up at least three times by police, who took dozens of protesters into temporary custody.

The Chinese government retaliated against Cao Shunli by means of deprivation of liberty through disappearance, arbitrary detention, and torture. Ms. Cao has been sent to a Re-education through Labor camp and endured other periods of detention. For example, Ms. Cao and a fellow activist were seized by Beijing police in February 2009 after trying to submit an application at the State Council Information Office about helping to draft the first “National Human Rights Action Plan.” On December 9, 2011, the eve of UN Human Rights Day, Ms. Cao was briefly taken into custody by police in Beijing when she was preparing to submit an application to help draft China’s “Human Rights Action Plan for 2012-2015.” In addition, on August 13, 2012, Beijing police seized more than a dozen activists, including Ms. Cao, who were en route to the State Council Information Office, where they hoped to submit an application for public disclosure about the Action Plan’s drafting process.

Submission to UN on Cao Shunli