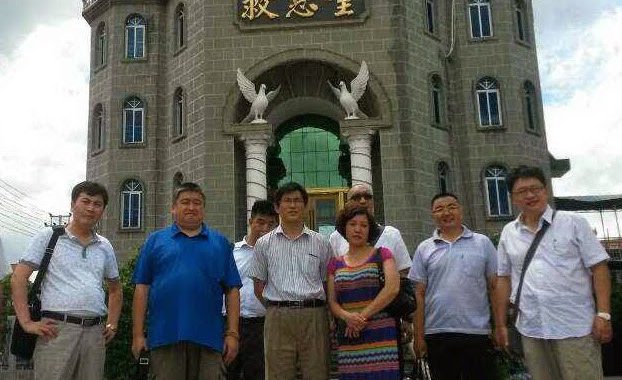 Tibetan monk Gonpo Trinley smuggled information on 45 Tibetan prisoners in Sichuan Province out of China after fleeing to India this month, reports Tibetan Centre for Human Rights and Democracy (TCHRD), which previously had not known about 18 of the prisoner cases. Gonpo Trinley, 25, was seized during the aftermath of Tibetan unrest in 2008 while protesting in Kardze Tibetan Autonomous Prefecture in Sichuan. He was held in Deyang Prison from 2008-2009, and recorded the names of Tibetans detained there due to the protests (see TCHRD’s full list). Controls were placed on Tibetan prisoners in order to prevent them from interacting with each other, and they were constantly watched over by up to four Han Chinese prisoners, according to Gompo Trinley. The prison had about 2,700 prisoners during his period of detention, separated into work units of around 300 people. Only a small number of Tibetans were in each group, and they worked nine hours a day producing goods. Of the 45 prisoners on the monk’s list, 10 are still incarcerated, with two of them serving life sentences.[1] 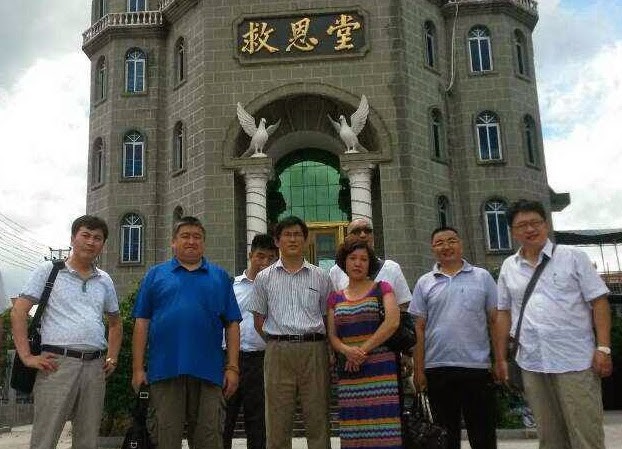 A group stands outside the Salvation Church in Wenzhou City, Zhejiang Province after authorities ordered removed the cross from atop the building on August 14. (Image: WQW)

A group of 14 lawyers has released a legal opinion about the mistreatment of several members of the Salvation Church in Zhejiang Province, who the attorneys are representing in a lawsuit against authorities. On July 21, hundreds of police officers and thugs were sent to remove the cross atop the church in Pingyang County, Wenzhou City, and a confrontation broke out that left several church members injured, but delayed the cross’s removal. Church members Huang Heming (黄河明), Li Qianbo (李前波), Xie Zuozhi (谢作忠), Wu Quanquan (吴全全), Zhang Zhimin (张志敏), and Zhao Hongjin (赵宏进) filed a lawsuit to try to block the taking down of the cross, but it was removed on August 14. In the legal opinion published on August 18, the lawyers argue that the local government’s actions violated China’s Constitution, which protects freedom of religious belief under Article 36. Additionally, the lawyers assert that a myriad of Chinese laws were broken when Wenzhou authorities dispatched thugs and police who in turn attacked church members, including “causing intentional injury,” “disturbing social order,” and “abuse of power.” The lawyers have called on the Pingyang County Public Security Bureau and People’s Procuratorate to investigate the cross demolition and accompanying violence as well as possible abuse of power by authorities, and to protect freedom of religion and church property.[2]

CHRD submitted a communiqué to UN experts alleging arbitrary detention, violation of freedom of expression, and reprisals against human rights defenders by Chinese authorities in cases involving former lawyer Tang Jingling (唐荆陵) and activists Wang Qingying (王清营) and Yuan Xinting (袁新亭). The three men were taken into custody on May 16, during the suppression surrounding the 25th anniversary of the Tiananmen Massacre (see CHRD’s coverage). Several days later, while held in Baiyun District Detention Center, both Tang and Wang told their lawyers that they were tortured during interrogations. All three were formally arrested on June 20 on charges of “inciting subversion of state power.” Since then, none of them have been allowed access to their lawyers, reports Rights Defense Network (RDN). All three were active in the “Non-violent Citizens’ Disobedience Movement,” which was initiated by Tang in 2006, the same year authorities revoked Tang’s license to practice law.[3]