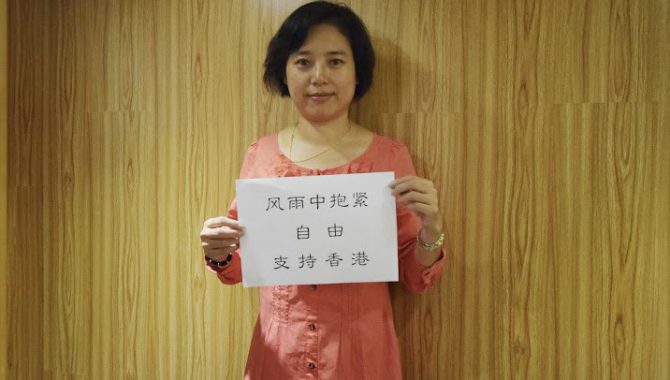 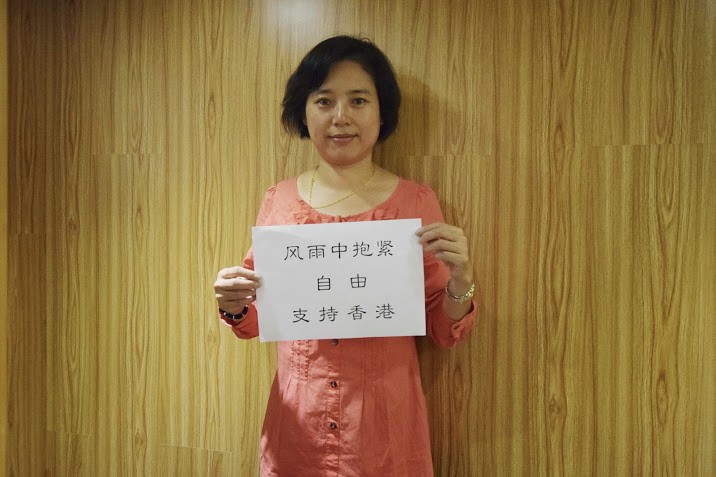 Police forcibly entered the home of Beijing-based housing and child rights activist Han Ying (韩颖) the day after she showed support online for the pro-democracy protests in Hong Kong that began in late September 2014, and took her into custody. Han had posted photos of herself and others holding signs that expressed support for the protestors and commented that she would like to go to Hong Kong. For the first two months she was in custody, authorities repeatedly denied her access to legal counsel, and one of her lawyers was threatened to drop the case. According to her lawyer, Han was interrogated for over 10 hours daily for nine days straight, and she confirmed her arrest was due to showing solidarity with pro-democracy protesters. Han Ying is among several dozens of activists and artists detained for expressing support for the pro-democracy protests in Hong Kong. She was eventually released on “bail pending further investigation” on May 30, 2015.

Born in 1973, Han Ying’s home in Beijing was one of thousands demolished in a reconstruction plan in her neighborhood starting in 2003. Due to unfair compensation schemes and illegal demolitions, many refused to move. In a video interview, Han Ying recounted the various inhumane tactics used by authorities, such as damaging nearby roads, cutting off water and electricity, and turning the area into a garbage dump in order to force people to move. Han Ying led local residents in demanding that local authorities and real estate companies follow legal procedures and requesting disclosures about the reconstruction plan. One official response stated that plans could not be made public because the details involved “commercial secrets.” In 2011, Han Ying and 12 other activists ran as independent candidates in a local election. However, throughout her campaign period, local authorities continuously harassed, detained, and threatened her in order to force her to stop running. In late 2012, Han Ying and others founded a charity organization aimed at providing donations to low-income areas and promoting children’s rights. The group has conducted clothing drives for Tibetans and school supplies campaigns for children.