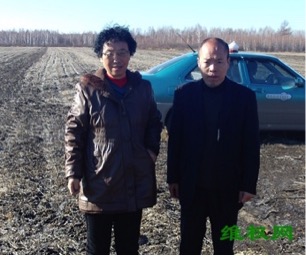 Chinese authorities continued to use involuntary psychiatric detention in 2014 to silence and punish their critics as well as petitioners who tried to expose abuses and lodge grievances, according to a new report by the China-based NGO Civil Rights & Livelihood Watch (CRLW). China’s Mental Health Law, which took effect in May 2013, bans such practices. This form of illegal detention of petitioners, activists, and dissidents was routinely used to “maintain stability,” particularly around “politically sensitive” periods of the year.

As noted in the report, some individuals have been held in psychiatric facilities for up to several decades. Most detainees whose cases are covered were locked up after the Mental Health Law went into effect, with some committed multiple times. Both China’s Criminal Procedure Law (Article 284) and Mental Health Law (2013) allow for compulsory psychiatric detention, pursuant to a judicial ruling and if an individual is a danger to themselves or society. However, authorities clearly have disregarded the law, allowing police to carry out psychiatric commitments without a court order or consent from family or the individuals themselves.

CRLW found that the entire process of involuntary psychiatric commitment in China is fraught with abuses of human rights. Inside psychiatric institutions, hospital staff often shackle or tie up detainees’ hands and legs, and can mistreat them in other ways, including through physical beatings, forcing them to take medication or get injections, and blocking them from meeting family members or going outdoors. Many detainees must admit to a mental illness as a prerequisite for release, which exposes them to the possibility of future psychiatric detention as well as social stigma. In addition, authorities pressure petitioners to give up pursuing grievances before they can be let go, and also threaten detainees and their families not to disclose accounts of abuse to the outside world, lest they may be targeted for reprisal. CRLW’s report includes case examples and information on several individuals held since 2013 in Chengdu, Beijing, and Liaoning Province in retaliation for their human rights activities. (For more information, read CHRD’s previous reporting on psychiatric detention and the Mental Heath Law.)[1]

Authorities in Heilongjiang Province have denied a request for medical parole by activist Liu Jie (刘杰), who was recently diagnosed with cancer while incarcerated. Liu Jie, who has been serving an 18-month prison sentence for “libel” since December 2013, was taken to the No. 2 Hospital of Harbin University on January 14 after she began coughing up blood. Doctors diagnosed her with a form of cancer and recommended that she be hospitalized there for treatment. However, officials from Harbin Women’s Prison disagreed, and after they spoke to the doctors, the hospital changed the recommendation and told Liu to return to the prison for more tests. Liu’s husband applied for her release on medical parole so she could receive treatment by doctors of her choice, but authorities instead ordered her to be taken back to prison. Liu Jie began petitioning after authorities seized the dairy farm she ran in 1997. In retaliation for fighting for her rights, she has been repeatedly incarcerated over the years, having been sent to a Re-education through Labor camp, black jails, pre-trial detention, and now prison.[2]

Beijing authorities held petitioner Jia Fengzhen (贾凤珍) of Liaoning Province in a black jail on January 16, after she tried to file a petition over the lack of official response to her complaints of torture, which she suffered in the now-shuttered Masanjia Women’s Re-education through Labor (RTL) camp. Authorities detained Jia in the Jiujingzhuang “relief services center”—a black jail in Beijing that can hold thousands of individuals at once—after she tried to submit a complaint to the Central Commission for Discipline Inspection, a body that oversees government officials’ behavior. Jia, like many of the women once held in Masanjia, suffered many violent assaults and other abuses in the camp. She has revealed that she was beaten almost daily, occasionally tied up, struck on the head with electric batons, and kicked all over her body. Officials have turned away and punished victims of torture at the Masanjia camp, among other past RTL detainees, who try to seek accountability and compensation. (See CHRD’s previous reporting on reprisals against Masanjia RTL camp victims and CHRD’s report on black jails.)[3]