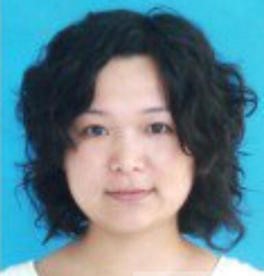 Hangzhou police detained Wu Rongrong (武嵘嵘) on March 7 and searched her home and the office of the Weizhiming Women’s Center. Officers interrogated her at the Gudang Police Station in Xihu District. Wu was swept up in a coordinated raid due to a planned campaign set for March 8 to raise awareness of sexual harassment on public transportation for International Women’s Day. Wu was transported to Beijing and held with fellow activists Li Tingting (李婷婷, aka Li Maizi, 李麦子), Zheng Churan (郑楚然, aka Datu [Giant Rabbit], 大兔), Wei Tingting (韦婷婷), and Wang Man (王曼) at Haidian District Detention Center.

Wu suffers from Hepatitis B and was denied treatment for several days in detention, according to her lawyer. She told her lawyer during their first meeting on March 16—ten days after Wu was seized—that she had been forced to sleep on a concrete floor at the detention center while not being provided any medical treatment, including medication that she had been taking before her detention. When she asked authorities for the medicine, they refused her request, saying that her condition does not require treatment. On March 19, authorities transferred Wu to the Public Security Hospital, where she began to receive treatment. Police eventually recommended the local procuratorate to arrest the five women on a charge of “gathering a crowd to disrupt public order,” but the procuratorate declined and instead released them on “bail pending further investigation.” The conditions of her bail mean she is still a criminal suspect, and thus may be summoned for questioning at any time, restricted from travelling, and prohibited from speaking to “designated persons,” a provision used by police to try and prevent individuals released on bail from giving media interviews. After Wu returned to Hangzhou, police from Beijing repeatedly harassed and summoned her. Authorities harshly interrogated Wu for eight hours on April 24, 2015.

Wu Rongrong, born in 1985, is the founder and executive director of the Weizhiming Women’s Center in Hangzhou, which was established in 2014. Wu was previously the project leader for women’s rights programs at the Beijing Yirenping Center and a staff member of the Beijing Aizhixing Institute, China’s leading NGO on the rights of people infected with HIV/AIDS. While the five women were in detention, approximately 20 policemen searched the office of the Beijing Yirenping Center on March 25, 2015, reportedly damaging door locks and seizing several items. The raid is an indication that the women’s detentions may have also been related to their work with the center. Wu attended China Women’s University in Beijing and graduated with a degree in social work.