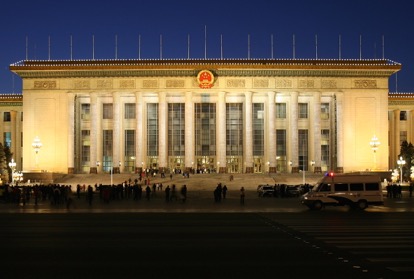 (Network of Chinese Human Rights Defenders – August 4, 2015) – CHRD is very concerned about proposed articles legalizing human rights abuses in the current draft 9th Amendments to the Criminal Law, which are open for public consultation until August 5. In suggestions sent to the National People’s Congress, Chinese human rights defenders draw attention to proposed changes that are particularly troubling, including those affecting the independence of lawyers, freedom of assembly and demonstration, rights protections under anti-terrorism priorities, and online information and expression. 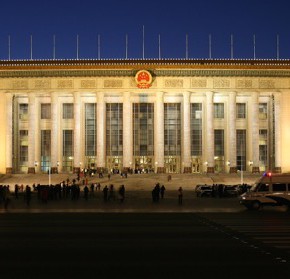 The National People’s Congress must scrap proposed amendments to the Criminal Law that would essentially legalize rights abuses.

The overarching problem with these proposals is that they lack definitions and include vague language that open the door to arbitrary interpretation, potentially legitimizing rights abuses. If these draft amendments became law, they would give police legal backing under the Criminal Law (CL) to further infringe on Chinese citizens’ rights to free expression, association, assembly, and religion, and would legitimize persecution of lawyers in the conduct of their work.

Only minimal changes were made to the first draft of the 9th amendments following their unveiling in November 2014. And the NPC has ignored what were highlighted by Chinese rights lawyers in an open statement recommending changes to the first draft,  aspects of the amendments that would encroach on citizens’ constitutional and internationally-protected rights. The lawyers urged the NPC to consider dropping several amendments, but none of them was removed.

CHRD is gravely concerned about the following amendments in the second draft of the Criminal Law:

CHRD urges the NPC to drop or revise the above amendments to the Criminal Law to ensure Chinese citizens’ rights, as guaranteed by China’s constitution and the International Bill of Human Rights, are protected. It is imperative that the National People’s Congress revise the CL to fully comply with the International Covenant on Civil and Political Rights, as the Chinese government promised to do to the UN Human Rights Council at the conclusion of the 2013 Universal Periodical Review. In revising the CL, the NPC should also comply with a recommendation made by the UN Committee Against Torture in 2008, to abolish or amend Article 306 of the Criminal Law so as not to undermine the independence of lawyers. This action would be in line with the government’s treaty obligations under the Convention Against Torture, which it ratified in 1988.

CHRD asks the European Union, United States, and other like-minded governments to go beyond publically raising concerns on China’s problematic draft laws, including the 9th Amendments to the Criminal Law, that would legitimize systematic human rights violations if enacted. These governments must demonstrate a firm commitment to holding the Chinese government accountable for human rights abuses. More strong public statements are better than weak or private ones, but they must be coupled with actions with real teeth to deter the rapidly escalating political, ethnic, and religious suppression under Xi Jinping’s reign.