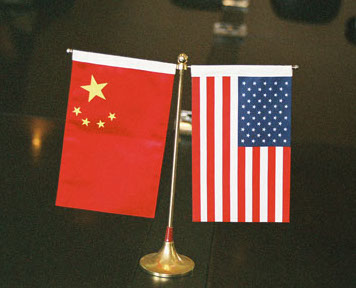 Human rights lawyers and activists call for concrete measures to improve the rapidly deteriorating human rights situation in China in advance of the annual US-China Human Rights Dialogue, which is taking place in Washington, D.C. on August 13-14. The dialogue will be held against the backdrop of a major crackdown on human rights lawyers that began in early July, with 23 individuals still held in police custody and over 300 lawyers and activists targeted to date. In an editorial, the NGO Rights Defense Network called on the US government to exert pressure on the Chinese government about emblematic individual cases and patterns of rights abuses. In addition, 26 lawyers and 10 activists have signed onto an open letter calling for the Dialogue to generate pressure for the immediate release of detained or disappeared lawyers, and for abolition or substantial revision of newly proposed or passed legislations that violates China’s constitution and international human rights standards.

CHRD has received permission to release English translations of the two texts. See below:

In China, the government is escalating its crackdown on NGOs and will not consult with civil society groups, much less listen to our views. Before the dialogue, the US government should diligently gather insights from civil society organizations that are concerned about human rights in China. The US government also should prioritize the most serious individual cases and patterns of human rights violations as main topics in the dialogue with Chinese officials.

With these goals in mind, for this human rights dialogue, we suggest that the US side push for effective measures to improve human rights, especially with a focus on the following individual cases and violations:

We do not expect that one “dialogue” would cover many topics, but the US side must at least exert significant pressure on Chinese officials on emblematic individual cases and emerging patterns of rights abuses, while also using the “dialogue” to push for concrete and effective measures for improving human rights. Only such an approach, along with results on the ground, would demonstrate to the world the value that the “US-China Human Rights Dialogue” can have, which would in turn show the necessity for the “dialogue” to go on.

We have learned that the 2015 China-US Human Rights Dialogue will take place on August 13-14 in Washington, DC. We have some concerns that we want to raise, as we are lawyers and activists committed to safeguarding human rights.

We hold the view that human rights are universal, and that such rights should not be replaced or ignored by any government citing “internal affairs,” nor substituted with subsistence rights and development rights. Nor shall human rights be suppressed under the pretense of anti-terrorism and stability maintenance. It is undeniable that previous China-US Human Rights Dialogues provided platforms for the two governments to exchange views and drew public attention through the media. Even so, these Dialogues did not substantially help improve China’s human rights situation, which, on the contrary, has deteriorated in the past two years.

What should not be ignored is that this round of the Human Rights Dialogue takes place in the backdrop of a massive police operations, since a raid on July 9 and even before, that has involved enforced involuntary disappearances, interrogation, and harassment of lawyers and other rights activists, and during a time when the government has successively put out a series of laws and amendments that aim to legalize human rights suppression. Under these circumstances, we have reasons to expect the Dialogue to play a positive role in improving human rights conditions in China.

As is known to all, the protection of human rights is set as a provision in the Universal Declaration of Human Rights, International Covenant on Civil and Political Rights as well as both Constitutions of China and the United States; the idea that “human rights overrides sovereignty” has become widely recognized. We hope that the close relationship between China and the United States is not only embodied in economic ties but also in politics, culture, and other areas. Within comprehensive exchanges, the main efforts of both governments should focus on making the Dialogue to be regular, non-governmental, and effective. Only the participation of civic societies in both countries can guarantee the due progress of human rights dialogues and other ways of exchange and cooperation on human rights, and by so doing keep bilateral relations on the right track. We sincerely hope that this round of the Dialogue can play its due role in resolving current and future human rights problems of China.