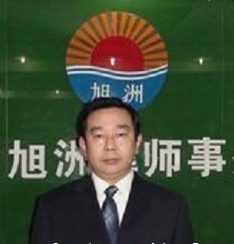 Seized and formally arrested by Ji’nan City Public Security Bureau on January 2, 2016, human rights lawyer Shu Xiangxin was abruptly tried and sentenced six days later. His lawyers were not allowed into the courtroom for the hearing, which lasted just 30 minutes before a guilty verdict was announced. Police blocked supporters from attending the trial, and Shu’s daughter was attacked outside the courthouse,  receiving injuries that required hospitalization. At his trial, the court did not address allegations of torture by detention center officers against Shu during the brief period before he was tried. On January 4, Shu had described to his lawyer, Cai Ying (蔡瑛), the violent beatings and degrading treatment he suffered while in custody, including being handcuffed, severely beaten, deprived of food and water, and forbidden from using the toilet. Shu told his lawyers that he would “rather be dead” than endure the kind of torture that he was subjected to. Lawyer Cai filed a complaint with the local procuratorate soon after the meeting and Shu was able to receive a medical examination. The exam results showed that Shu had sustained wounds from being beaten and suffered a brain infarction (blockage of blood supply to the brain). Shu’s lawyer and family sought his release on medical grounds, but the court ignored the request. Shu was released in July 2016 after serving his sentence.

Born in 1970, Shu Xiangxin, once the director of Shandong Xuzhou Law Firm, had his law license suspended in 2012 due to government retaliation against his defense work. In May 2011, after he represented clients in a forced eviction dispute with the local government, Ji’nan Public Security officials opened a criminal case against him, accusing him of “extortion and blackmail” of the government. Police briefly took him into custody in June 2011 and seized his law license, which led the Ji’nan City Bureau of Justice and Lawyers Association to suspend him. Prior to his detention, unidentified men went to his firm and home to harass him, pressuring him to not continue taking on cases involving human rights violations and made threats against his family. Despite the risks, Shu continued to defend clients and sought to regain his suspended license, which was finally returned to him in 2014. He then went on to defend petitioners accused of “extorting” the government by attempting to receive compensation for rights violations.

Even when he was not allowed to legally practice law, Shu’s efforts to defend himself and the rights of others attracted the ire of authorities, who kept open the “extortion and blackmail” case against him. On November 6, 2012, he was criminally detained for 25 days after attempting to file a petition in Beijing regarding the criminal allegations he was facing. In mid-March 2013, the Ji’nan City People’s Procuratorate sent his case back to police a second time for “further investigation.” That same year, Shu filed a police report against a former colleague who allegedly embezzled 5.8 million RMB (approx. $880,000) from his law firm, but authorities refused to accept the case. Feeling stonewalled, Shu posted an article online about the embezzlement,  and in July 2014, the colleague accused Shu of “libel” in a civil suit that his associates have considered politically-motivated. After two trials, a stay of sentencing was pronounced in April 2015. Then, in September 2015, Shu filed several complaints against Ji’nan authorities over the ongoing use of the criminal case to harass him. As a result, on December 31, 2015, Licheng District People’s Court, while hearing the civil case against Shu, requested the police issue an arrest warrant for Shu. Just days later, Shu was taken into custody and quickly sentenced behind closed doors.