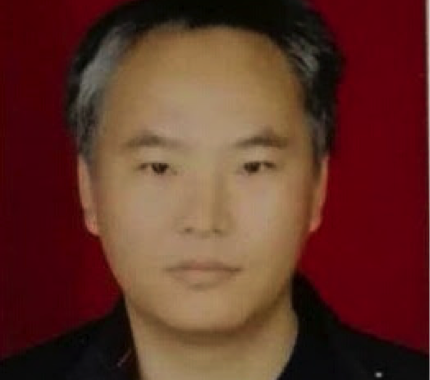 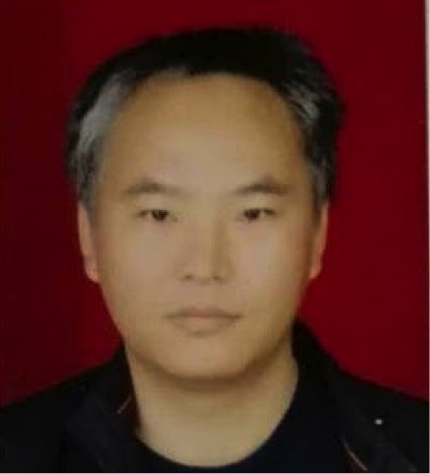 Urumqi police seized activist Zhang Haitao (张海涛) on June 26, 2015 and put him under criminal detention the next day on suspicion of “inciting ethnic hatred” after he posted comments online critical of government policies. Urumqi police searched his home, seizing a computer, USB pen, and froze his bank account. Zhang’s wife Li Aijie, who was several months pregnant at the time, was forced to hand over her phone, sign a copy of the criminal detention notice (but not allowed to keep it), and then was taken to Zhongyanan Street Police Station. Police took her photograph, DNA sample, and fingerprints and interrogated her about her relationship with Zhang Haitao.

Police later formally arrested Zhang on a different charge, “picking quarrels and provoking troubles.” Authorities changed the criminal accusation against Zhang again in December 2015, when he was indicted of “inciting subversion of state power” & “providing intelligence overseas,” which he was later convicted of.

Zhang’s lawyer visited him in early August 2015 after he had been formlly arrested. Zhang told his lawyer he was innocent and the rejected the accusation he had “incited ethnic hatred” when in reality he had defended the interests of ethnic minorities. During a meeting with his appeals lawyer in November 14, 2016, Zhang alleged he had been tortured by Urumqi national security officers in the 20 days following his detention on June 26, 2015, including being deprived of sleep and continuously interrogated for 20 days, and if he fell asleep, officers would burn a lighter near his head; deprived of food and water; and beaten, incuding being hung from the ceiling and punched and kicked all over his body.

Urumqi City Intermediate People’s Court put Zhang on trial on January 11, 2016 and convicted and sentenced him four days later to 19 years in prison for “inciting subversion of state power” (15 years) and “providing intelligence overseas” (5 years). Since Zhang will serve his sentence for the two crimes consecutively, the court ordered him to serve a total of 19, and not 20, years. He was given a five-year deprivation of political rights following his release, and fined 120,000 RMB (approximately 18,500 USD). The 15-year sentence for “inciting subversion” given to Zhang, a little-known activist, is extraordinarily harsh.

Following his conviction, Zhang filed an appeal against the sentence in February 2016. The Xinjiang Higher People’s Court should have heard an appeal by April 19, 2016; however, the court approved a delay of three months, and approved another 3-month delay on July 18, 2016, pushing the appeal date to October. The hearing did not take place in October, however, and Zhang’s lawyers received a court notice in November 2016 stating the appeal would only be conducted in writing. The hearing was eventually held on November 28, 2016, and lasted 30 minutes before the court issued a decision upholding the original ruling.

Zhang’s lawyer visited him in Xinjiang Uyghur Autonomous Region Detention Center on July 7, 2016. During the visit, Zhang alleged he had been tortured and mistreated in the detention center. Zhang told his lawyer he had been forced to wear heavy leg shackles continuously for six months starting in January 2016 after the ruling was handed down in the first-instance trial, received less food than other inmates, had to sleep in directly next to other inmates (since the first-instance trial), and was not allowed outside. On July 11, 2016, Zhang’s wife Li Aijie (李爱杰) spoke with an appellate court judge over torture and mistreatment allegations. The judge did not commit to any changes, though on July 19, 2016, Xinjiang Higher Procuratorate told Li that they had ordered “the punishment equipment” to be removed from Zhang following his wife’s complaint.

However, Zhang continued to be forced to wear shackles. Zhang’s lawyer met him on November 14, 2016 in the detention center and confirmed with Zhang that officials never ordered the shackled to be removed. Furthermore, Zhang continued to be mistreated. Detention center guards would force him to sit in a certain position and sound a horn if he moved. Zhang said his personal photos, letters, and defence papers were confiscated during a safety inspection and he was not allowed pen and paper for personal use. He is forced to write a report about his activities (such as eating) for the guards, and another inmate is still forced to sleep directly next to him at night. Zhang also told his lawyer that since August-September 2016 he had suffered from severe stomach pains around every ten days that lasted for a few hours. He underwent several medical tests in late September, including a CT scan, ECG scan, ultrasound, and urine and blood tests, but he was never told the test results. The detention center officials told him the pain was because “he ate too much” and that to tell him if he is in pain as they will make him do exercise. Zhang said he had been allowed outside a few times since the last lawyer’s visit though now was not allowed outside at all on the grounds it was “too cold.” Zhang also told his lawyer that he was forced to undergo a strip search before each lawyer’s visit and had to wear a black hood over his head on the way to the meeting room.

Zhang’s lawyer spoke with detention center officials and a local prosecutor on November 17, who said Zhang had to wear shackles because it was detention center rules involving cases of “endangered state security.” Zhang’s wife Li Aijie spoke with the same prosecutor the next day who claimed that Zhang had to wear shackles for violating “supervision rules” but could not say which rules he had broken. The prosecutor also refused to give Li a copy of Zhang’s medical reports following the tests related to the pain in his stomach.

On December 2, 2016 after his appeal was rejected, authorities moved Zhang Haitao to Shaya Prison to serve his sentence. He was denied visits with his family for several months. Prison authorities told his wife it was because he was being “educated” for three months and has to pass an examination before he would be allowed to meet his family. His wife, Li Aijie (李爱杰), met him twice in prison on April 24 and July 27, 2017. The April 2017 visit was the first family visit since his detention began in 2015. It lasted for 30 minutes, behind glass, and Li was briefed by guards ahead of time that she was not allowed to talk about politics with him and not permited to give him the Bible she brought for him. Zhang told her the conditions in the prison were ok. He received a medical examination before entering the prison which came back clear. Everyday they wake up at 7:30, do exercise, eat breakfast, do ten more minutes of exercise and then study traditional Chinese texts, such as Confucius and Mencius.

Following the July 2017 meeting in prison, Zhang’s wife reported that he told her had been held in solitary confinement, was not allowed outside, and can only get fresh air or sunlight from a small window in his cell. The last visit authorities approved from either family or lawyer was in April 26, 2018 with his sister. After this visit, she reported that Zhang was still being held in solitary confinement, not allowed outside for fresh air or to see the sunshine. In October 2019, Zhang’s family reported that they had not been allowed visitation rights with Zhang for the past 18 months since the April 2018 visit.

Born in Henan Province on March 10, 1971, Zhang moved to Xinjiang in 1995 after losing his job at a state-owned enterprise. Following his return to Henan in 2009, he was seized by police on suspicion of fraud and sent back to Xinjiang. He was released nearly two months later and then began petitioning to seek redress for “wrongful detention,” which connected him to the rights defense movement. Zhang frequently posted online his opinions critical of government policies and comments on current events, and also gave interviews to overseas media. For a brief period, he contributed articles to the website of a human rights group based inside China. The court cited these activities in its verdict as evidence of “providing intelligence overseas.”