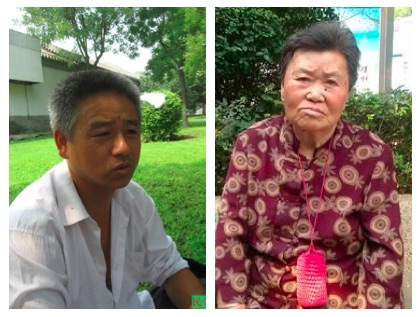 Torture and Other Cruel, Inhuman, and Degrading Treatment or Punishment

Forced commitment in psychiatric facilities remains a common form of retaliation and punishment by Chinese authorities against activists and government critics. The practice endures though it is apparently illegal, according to China’s first Mental Health Law, which was enacted three years ago, on May 1, 2013. Typically, government officials or police have sent petitioners, human rights activists, or critics of the government to psychiatric hospitals and ordered hospital officials to keep them there, authorizing hospitals to medicate them as they see fit, and discipline them for disobeying rules in the institutions, according to the group Civil Rights and Livelihood Watch. The group has documented hundreds of cases of psychiatric detention against individuals who police and other officials regard as “troublesome.” In light of such reports, the three-year-old law clearly has not been effective in halting politically-motivated forced commitment and mistreatment in psychiatric institutions. CHRD has pointed out this serious issue of rights deprivations both before and since the passage of the Mental Health Law (MHL), including in a report on involuntary psychiatric detention.

With the select cases below, CHRD wishes to raise concerns about several petitioners and activists who have been detained in China’s psychiatric facilities over the past year (including some who remain detained today), highlighting the cruel and degrading treatment that they have reportedly faced. 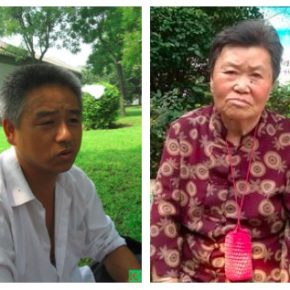 Xu Dajin of Jiangxi and Wang Hedi of Jiangsu are among many “troublesome” citizens who Chinese officials have put into psychiatric institutions as political retaliation, three years after the adoption of China’s Mental Health Law.

According to information obtained through interviews and grassroots reports, individuals forced into psychiatric commitments are subjected to a wide range of violations of their rights. Besides arbitrary and illegal detention, they are usually deprived of any visitors, including lawyers, and are shut off from seeking judicial review for their institutionalization. Detainees can also face myriad physical abuses, including beatings and forced injections of drugs that victims usually cannot identify. Hospital staff commonly use hand, leg, and body restraints to keep detainees immobile for as long as 10 days from the time they are committed, even if individuals do not pose an apparent threat to themselves or others. Electric shocks are also employed in punishments; for detainees who disobey orders of hospital staff, electricity is sometimes run in currents along their beds, or doctors administer electric pricks.

In China, the Mental Health Law stipulates that forced institutionalization be based on a mental illness diagnosis by a qualified physician, and only in very limited situations (see full Mental Health Law text: Chinese / English – unofficial translation). Specifically, the MHL allows for involuntary commitment only when someone is both diagnosed with “serious mental disorder” and has caused harm to, or is at risk of harming, themselves or others (Article 30). In criminal cases, the Criminal Procedure Law only permits a court to approve an involuntary commitment on the recommendation of a procuratorate, and does not allow government officials or public security police to act unilaterally to institutionalize anyone (CPL, Article 285).

In part, authorities have used psychiatric institutions to lock up and silence “troublesome” citizens—including petitioners, house church members, activists, and political dissenters—in order to fill a void left after the Re-education through Labor system was officially abolished in March 2014. Authorities exploit legal loopholes and abuse their power to seize citizens and have them institutionalized, ordering hospital staff to help carry out these illegal detentions. Psychiatric hospitals tend to yield the authority over granting releases to police or other officials who have ordered the detentions in the first place. In the largely state-run hospitals, doctors may even produce documentation that falsely shows an individual is suffering from mental illness. Such detentions usually increase when “maintaining stability” is a supreme government priority, like during major legislative sessions in Beijing in the spring and fall.

Securing the release for individuals who are forcibly institutionalized and, later, obtaining redress are daunting challenges. Authorities frequently lay down conditions for a detainee to be freed, such as admitting to a mental illness, giving up petitioning or rights advocacy, or not disclosing any mistreatment they suffered while being held against their will. Police and other officials often try to block forcibly committed detainees from hiring lawyers or file lawsuits with the courts. Courts rarely agree to hear lawsuits brought by victims of forced psychiatric confinement, and compensation of any kind is not guaranteed even if a court orders it. Amounts of awarded compensation tend to fall far short of what should be provided under Chinese law, and payments are known to be delayed or not given at all, since perpetrators of illegal psychiatric detentions often appeal the decisions, putting victims in legal limbo.

Involuntary psychiatric detention has persisted in China despite UN human rights bodies’ concerns about the practice and their recommendations to eradicate it. The Committee against Torture (CAT) raised concerns that such detention breaches the Convention against Torture (Articles 2, 11, and 16) in its November 2015 review of the Chinese government’s compliance with the Convention. CAT noted that “compulsory psychiatric institutionalization” has been “allegedly used to detain [criminal] suspects without accountability,” and that “local police impose such measures without any judicial process.” CAT further stated that the Chinese government has not responded with clarity to inquiries about forced psychiatric commitment, including whether violations of detainees’ rights have been investigated, if such detentions have ended, and whether victims have obtained redress (Concluding Observations, paras. 42, 55).

CHRD calls on the Chinese government to immediately release all individuals from involuntary psychiatric commitment. The government must allow independent investigation of allegations of arbitrary detention and torture in psychiatric institutions by facilitating visits by UN human rights experts and the High Commissioner for Human Rights.

Victims should be allowed to seek state compensation under the State Compensation Law. Authorities must not block them from access to the justice, and holding perpetrators of involuntary psychiatric detention accountable, including both officials who order detentions and the psychiatric facility personnel who acquiesce to unlawful detentions and engage in mistreatment. The Mental Health Law must be revised to incorporate clear provisions on punishment for those who engage in involuntary commitment and to provide recourse for those unlawfully detained.