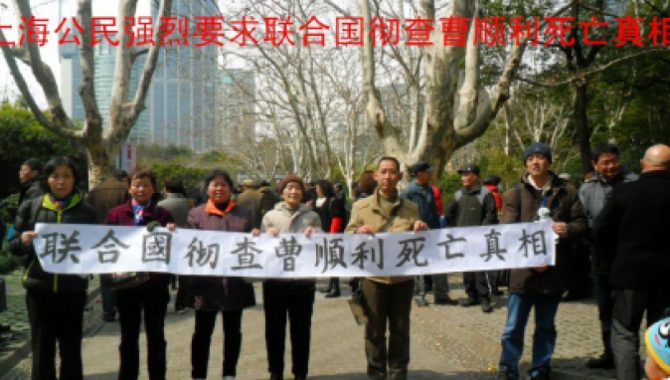 Originally published by International Service for Human Rights on May 23, 2016

Despite some improvements in accessibility and pledges to improve the safety of human rights defenders (defenders) over its first ten years, engaging the Human Rights Council (the Council) still poses risks for Chinese defenders that far outweigh the benefits. For this to change, the Council needs to improve access by enhancing availability of information at the grassroots level, helping to ensure that genuine independent non-governmental organisations (NGOs) gain accreditation, and providing meaningful protection for HRDs facing reprisals from their own government.

Ensuring meaningful access by independent NGOs and human rights defenders to UN human rights mechanisms is crucial because these actors have played a critical role[1] in advancing the development and effective implementation of international human rights standards and agreements. Independent Chinese NGOs, however, must overcome multiple hurdles to have their voices heard at the UN.

First, there is a serious lack of Chinese language materials available to grassroots defenders; often, even the existing translations are problematic or unwieldy. This is a deterrent to engagement.

Notable progress has already been made by the Council, supported by the Office for the High Commissioner for Human Rights (OHCHR), in overcoming this information barrier, including by providing more and better translated documents, simple guidebooks and videos, webcasts of Council sessions, and more easily accessible postings of Council session schedules.

One meaningful additional step the Council could take is to utilise independent translation services to translate materials into Chinese and make those materials available on social media platforms. Although this would have resource implications, it would be a key investment in those seeking to cooperate with or access the UN.

Second and most importantly, it is nearly impossible for local, independent NGOs or international groups[2]promoting human rights in China to gain accreditation because of Chinese authorities’ efforts within the UN Economic and Social Council (ECOSOC) NGO Committee to defer the applications of organisations that will critically examine human rights violations and demand accountability.[3] Most of the Chinese NGOs accredited by the UN are government-organised groups (GONGOS),[4] which do not represent the voices of victims of human rights abuses in China. Resolving this problem is complicated but with some political will, the situation could be improved.

The Council should press for reforms to the process through which NGOs gain consultative status and modify criteria for electing States to the ECOSOC NGO Committee, the gatekeepers to civil society participation at the Council.

These kinds of reforms would diversify participation in the Council and other UN mechanisms and make it less dangerous, benefitting the system itself as well as defenders on the ground.

During the past decade, Chinese HRDs have faced many forms of reprisals,[5] including intimidation,[6] harassment,[7] travel bans, arbitrary detention,[8] enforced disappearances,[9] torture, and other punishments, for their efforts to engage UN mechanisms. The most well-known example is Cao Shunli (曹顺利).[10]

Chinese authorities detained Ms. Cao as she attempted to board a plane to participate in the 2nd Universal Periodic Review (UPR) of China in 2013. Although UN experts did raise concerns about her case,[11] explicitly as a case of reprisals, she later died as a direct result of torture and deprivation of medical treatment while in detention.[12] Her tragic death is the clearest example of the Chinese government’s unrestrained reprisals against defenders who seek to engage with the HRC or other UN human rights mechanisms.[13]

The first challenge to responding to reprisals is the composition of the Council itself. More stringent criteria for membership on the Council would mean more effective action on the Council’s core business, and a timelier response when reprisals occur. Criteria should include the State’s human rights record—measured by the treaties ratified, implementation of treaty obligations as assessed by treaty bodies, reports by Special Procedures allowed to visit the country, successful implementation of UPR recommendations as assessed by independent experts and NGOs, etc.

The second relates to the absence of effective institutional response mechanisms. Internally, the Council could improve its Complaint Procedure to respond to human rights violations by replacing country-appointed experts with independent experts on the Working Group on Communications and Working Group on Situations. The Council could also help prevent reprisals by supporting establishment of an institutional, UN-wide response that would also help protect defenders seeking to engage human rights mechanisms, in line with the Council’s own resolution 24/24.

Awareness of human rights and UN human rights mechanisms is growing inside China. Mounting suppression against defenders and civil society at home has led some individuals to increasingly see the possible benefits of reaching out to the Council and other UN mechanisms. The benefits of engaging through intermediaries and accredited groups include:

Defenders see the Council as one arena where their engagement could help to set the public record straight regarding human rights in China, and could potentially lead to increased pressure on Chinese authorities to adhere to international human rights standards.

But without improved accessibility and better protections for HRDs, the UN human rights system, and in particular the Council, will remain a high risk/low return endeavour for human rights defenders in China and other authoritarian countries.

[3] United Nations, ‘Committee on Non-Governmental Organizations defers action on eight applicants, while recommending status upgrade for another’, available at www.un.org/press/en/2014/ecosoc6595.doc.htm.

[6] CHRD, ‘“Too Risky to Call Ourselves Defenders”: CHRD Annual Report on the Situation of Human Rights Defenders in China (2015)’, available at https://www.nchrd.org/2016/02/too-risky-to-call-ourselves-defenders-chrds-2015-annual-report-on-the-situation-of-human-rights-defenders-in-china/.

[13] CHRD, ‘The Chinese Government Must End Reprisals Against Activists Demanding Participation in UPR’, available at https://www.nchrd.org/2013/07/the-chinese-government-must-end-reprisals-against-activists-demanding-participation-in-upr/.