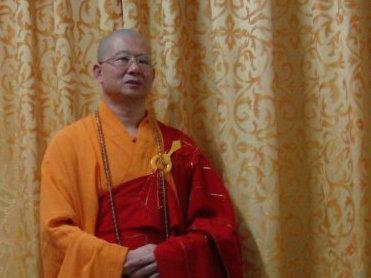 Starting on July 29, 2014, Guangdong police criminally detained Wu Zeheng and 20 members of a Buddhist Huazang Dharma group through a series of raids in Shenzhen, Zhuhai, and Shanghai. The detainees were accused of “fraud,” “rape,” and “organizing or using an illegal cult to undermine implementation of the law.” Even before the detainees were formally charged, China’s state media engaged in a sustained campaign to discredit the Buddhist organization, depicting it as an “evil cult” whose members were suspected of criminal acts. Little is known about the period of incarceration between criminal detention and when the individuals were convicted, as authorities did not publicly disclose dates of arrest or indictment.

In October 2015, a court in Zhuhai convicted Wu on four charges related to the religious group’s alleged activities, including “fraud” and “production and sale of harmful food,” for which the court fined him 7.15 million yuan. During the hearing, the scene outside the courthouse was chaotic, with a heavy police presence and more than a dozen Buddhist practitioners briefly taken into custody. The court also sentenced three of Wu’s disciples—Ms. Meng Yue (孟越), Ms. Yuan Ming (袁明), and Mr. Zhao Weiping (赵卫平)—to between three and four years’ imprisonment for the alleged offenses of “fraud” and “organizing or using an illegal cult to undermine implementation of the law,” according to state media. A fourth individual, surnamed Liu (刘), received no criminal punishment after being convicted of “production and sale of harmful food.”

After his conviction, Wu Zeheng was sent to serve his sentence at Sihui Prison in Guangdong Province. Even though Wu is a Guangdong resident, authorities moved him to a prison in Xinjiang without notifying his family. Authorities informed his lawyer Lin Qilei (蔺其磊) about this transfer on July 18, 2016, after Lin had tried to visit his client on July 5 only to be told Wu was not detained there. In July 2017, Lin again tried to visit Wu at Prison No. 3, but officials refused to grant the meeting and refused to issue a written document stating Lin could not visit his client. Prison officials also orally claimed Wu was in “very good health” and a specialist doctor was in charge of his care, but the lawyer cannot independently verify such a claim.

Wu Zeheng, born on July 18, 1967, was a student leader during the 1989 Tiananmen pro-democracy protests. In the 1990s, he founded and led the Buddhist-inspired Huazang Dharma group and became known as Zen Master Xingwu (行武禅师). Wu gained thousands of spiritual followers inside China and overseas, leading to pressure from authorities. In 2000, a Beijing court sentenced him to 11 years in prison for “economic crimes” after he sent an open letter to senior Chinese Communist Party leaders in November 1998. The letter criticized corruption within the Party and authorities’ infringements of citizens’ religious liberties. During his past imprisonment, Wu reported being subject to torture and other forms of mistreatment, including sleep deprivation, solitary confinement, and forced labor.

Opinions adopted by the Working Group on Arbitrary Detention at its seventy-seventh session, 21-25 November 2016 – Opinion No. 46/2016 concerning Wu Zeheng and 18 others