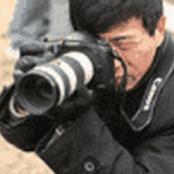 Activist Cheng Kangming (程康明) received a four-and-a-half-year prison sentence in Zhejiang on October 18, likely in retaliation against him for exposing official corruption. The Jinyun County People’s Court in Lishui City convicted Cheng on charges of “extortion” and “forgery of armed forces documents,” following his trial on June 13. The court also issued a fine of 180,000 RMB (approx. $26,700) to Cheng, who was sentenced more than two years after first being detained, in September 2014.

The case against Cheng began after he submitted a complaint in early August 2014 to the Central Inspection Group, a disciplinary body for Communist Party officials, about alleged corruption of officials in Qingtian County, including illegal land expropriation and the use of fake license plates on luxury cars. That same day, Cheng received threatening phone calls from a local official, who asked him to rescind his complaint, leading Cheng to believe that the Central Inspection Group had shared his complaint with local authorities. The next day, he sent his complaint online to the same CCP body. About a month later, Zhejiang police seized Cheng from his residence in Beijing on suspicion of “illegal economic activity,” and brought him back to Lishui City, his hometown. He was formally arrested in October 2014, but charged with other crimes—“extortion,” “forgery of armed forces documents,” and “fraud.” Cheng has been held in Lishui City Detention Center. In 2004, Cheng Kangming founded the website China Justice and Anti-Corruption Net (中国正义反腐网), which government authorities shut down in 2011.

Cheng Kangming, who exposed government corruption in Zhejiang, has been sentenced to four-and-a-half years in prison for economic crimes.

Police formally arrested Shandong netizen Wang Jiangfeng (王江峰) on October 16, apparently for complaining about local officials to provincial authorities and meeting up with other petitioners. An outspoken online commentator, Wang had long been under police watch for his speech on social media. Wang, who uses the screen name Zhuan Lian (转莲), was criminally detained for “picking quarrels and provoking trouble” on September 9, and is being held at Zhaoyuan City Detention Center. Wang began petitioning in 2002 due to a criminal case that involved him, and he was sent to one year of Re-education through Labor in January 2013 in retaliation for bringing complaints. In August 2016, authorities in Tianjin cited the act of “manipulating petitioners” in convicting four detainees in the “709 Crackdown.” In those cases, the defendants were accused of recruiting and paying petitioners to protest outside courthouses to “influence” court decisions.

Over one thousand armed police in Xi’an began operations to put down a large-scale protest against a proposed waste incinerator plant on October 16, and reportedly seized hundreds of demonstrators. Up to ten thousand residents of Gaoling District began protesting on October 11 over a government plan to build the plant in the area. Days later, police blocked off roads around the district and began breaking up the crowds. According to reports received by CHRD, police beat and dragged off a large number of demonstrators. Cyber police have scrubbed away social media messages about the protests, and authorities have not let local news organizations cover the incident. The planned incinerator would be built near a source for drinking water and close to schools and homes, causing residents to fear that carcinogenic pollutants from the plant will harm their health.

Police in the Xinjiang Uyghur Autonomous Region could jail people for “encouraging” or “forcing” youth to take part in religious activities, according to two new sets of rules adopted by the Standing Committee of Xinjiang People’s Congress on September 29. The new rules, which go into effect on November 1, cite deep-seated government concerns that exposure to religion works to foster unrest in Xinjiang. The rules are likely to further restrict the right to religious freedom in the ethnic Muslim minority area while increasing ethnic tensions. When the rules were adopted, an official with the Xinjiang People’s Congress reportedly stated that the regulations will help to “achieve social stability and long-term stability” in the region.

In particular, the “Regulations on the Prevention of Juvenile Delinquency in the Autonomous Region” demand that adults limit the religious engagement of youth in order to guard against major threats from so-called “three forces” in Xinjiang—separatism, terrorism, and extremism. The rules would also penalize schools if they fail to keep “nationalist, separatist, extremist ideology and religious activities” from infiltrating campuses. Police could also send minors who exhibit “serious misconduct” to “specialized schools” for “education and treatment” without judicial review.

The other set of rules—“Provisions on Popularizing Secondary Education in the Southern Xinjiang Uyghur Autonomous Region”—contains one troubling clause: Article 25. Under this article, authorities can use administrative sanctions against anyone who “disseminates religious thoughts and organizes religious activities in schools” or “interferes with secondary education” through acts of “coercion, deception or obstruction in the name of religion,” which cause students to drop out of school.

While China’s Constitution claims to protect freedom of religion, President Xi Jinping has ramped up persecution of religious expression and treated its exercise as a threat to the CCP’s power in Xinjiang. In recent years, other regulations on religious activities in Xinjiang have banned men from growing beards and women from covering their heads or faces, and authorities have cracked down on unregistered Islamic schools. In addition to the new rules, the central government has also circulated draft revisions to the “Regulations on Religious Affairs.” As written, the amendments would restrict Chinese citizens from contacting religious groups overseas, increase monitoring of religious schools, and enhance Internet censorship of websites run by churches or other religious organizations.