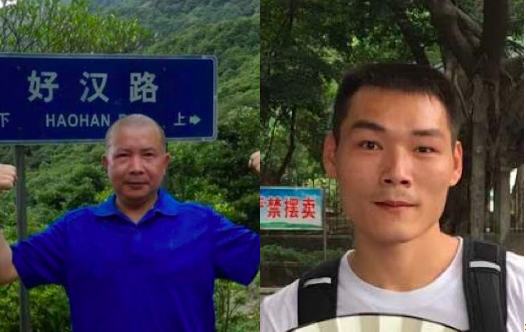 Shenzhen Police Have Held 11 Activists Under Secret Detention For Weeks, Denied Their Access to Lawyers

Eleven individuals in the southern city of Shenzhen remain forcibly disappeared since police took them into custody between November 15 and December 8. In most of these cases, police have refused to disclose to families the whereabouts of the detainees or the nature of any criminal accusations against them. As of January 11, three of these individuals are confirmed to be under “residential surveillance at a [police] designated location” (RSDL), and suspected of  “subversion of state power.” The three detainees under RSDL could eventually face trial if they are arrested at the end of a six-month period, and potentially face life sentences if convicted of subversion. None of the 11 detainees have had any access to a lawyer or their family members, and all are at serious risk of torture and mistreatment.

Police detained some of the activists after they met at a restaurant, where the men reportedly discussed politics and current events, on the evening of November 14. Apparently, a person at the scene, who was later identified as a policeman, took photos of those in attendance. A few of the attendees disappeared the following day. By early December, police had secretly detained 12 individuals and had questioned and released another.

Deng Hongcheng (left) and Wang Jun are being held under “residential surveillance at a designated location” on suspicion of “subversion of state power,” while 9 other activists have gone missing or have also been put under RSDL.

So far, four detainees’ families have received notices from the police about the detentions, and one of those individuals has been released. These detainees, Wang Jun (王军), Ding Yan (丁岩), Deng Hongcheng (邓洪成) and his nephew, Deng Jianfeng (邓剑峰), were put under “residential surveillance at a [police] designated location” on suspicion of “subversion,” according to the notices issued by the Shenzhen Public Security Bureau, some dated December 15. The Dengs’ family received the notice on December 20, Ding’s on December 25, and Wang’s family on January 7. Officials subsequently released Deng Jianfeng on December 27. Chinese authorities have often used the political crimes under Article 105 of the Criminal Law—“subversion” and “inciting subversion”—to prosecute those exercising free speech and peaceful assembly.

The fates of the other nine activists remain unknown. Police have failed to notify their families within 24 hours of their being taken into custody, as Chinese law requires. When the families of Wang Jun and another disappeared activist Li Nanhai (李南海) asked about their whereabouts at the Bantian Police Station in Shenzhen days after their disappearance, police refused to provide any information, claiming that the station had no record of such individuals, and officers would not file missing persons’ reports.

While Chinese authorities have “legalized” RSDL through the Criminal Procedure Law, it takes place outside of officially recognized places of detention, can occur without procuratorial review, and lacks judicial safeguards. Public security bureau (PSB) officials may use it arbitrarily and it shields them from scrutiny. It is a form of enforced disappearance since the detainees are kept in secret designated locations, where they can be held for six months or more. Deprived of judicial safeguards and access to lawyers or family, those disappeared under RSDL are at increased risk of torture or ill-treatment.

See below for information CHRD has gathered about the 13 individuals involved (including 12 still detained), and what is known about their current situation:

Under Residential Surveillance at a Designated Location, Confirmed: