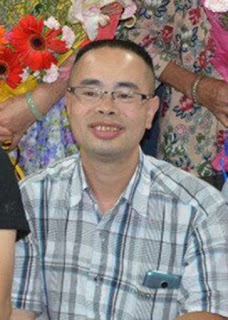 Wukan residents began demonstrating in June 2016, when Lin Zulian (林祖恋), a popular village leader, was arrested on graft charges. Larger rallies broke out in September, after authorities convicted Lin and sent him to prison for 37 months. Located in Lufeng City, Wukan Village first attracted domestic and international attention when residents rallied against land expropriation and government corruption in 2011. Under intense pressure, higher-level officials allowed for the election of local representatives, including Lin Zulian. According to foreign media, new representatives regained village control of a few hundred acres of land; however, villagers did not have rights to use the land, and their ongoing dissatisfaction led to renewed protests in 2014. Just prior to Lin’s detention in 2016, authorities believed that he was planning to organize more rallies against land grabs.

A court in Guizhou Province put on trial pastor Yang Hua (仰华) for “intentionally leaking state secrets” on December 26, but did not issue a verdict. Police blocked Yang’s wife from attending the trial at Nanming District People’s Court and took her into custody. Authorities initially detained Yang in December 2015 and also shut down Huoshi (“Living Stone”) Church, the Christian house church that Yang had led, which was not recognized by the government. Church members had previously obtained and posted online an official document issued in October 2015 about a state body that had been specifically formed in Guiyang to monitor the church’s activities. After being taken into custody, Yang was given two administrative detentions, one for “obstructing justice” and another for “gathering a crowd to disrupt public order,” alleged offenses tied to a raid on his home and his leadership of the church. After Yang served these punishments, police put him under criminal detention on suspicion of “illegally possessing state secrets,” a charge that prosecutors later changed to “intentionally leaking state secrets.”

Last June, Yang, whose real name is Li Guozhi (李国志), told his lawyers that he had been tortured by police in order to force a confession, and claimed that the perpetrators threatened to kill him. Reportedly, Yang also has been suffering from serious health problems in detention. Since May 2015, authorities in Guizhou have detained members of three house churches and one staff at a Christian organization, and shut down all of these churches’ activities. Some of the detainees have been tortured and otherwise mistreated, while many still detained have been denied access to legal counsel.

Yang Hua, a church pastor in Guizhou Province, was put on trial for “intentionally leaking state secrets” on December 26.

Hangzhou democracy activist and freelance writer Lü Gengsong (吕耿松) is suffering from worsening health problems in prison due to deprived medical care, and he is also being mistreated in other ways, according his daughter, Lü Piaoqi (吕飘旗). Lü Gengsong is serving an 11-year sentence for “subversion of state power” after being convicted in June 2016. Lü Piaoqi visited her father for the first time on December 16 at Changhu Prison in Huzhou City, and then made public Lü Gengsong’s health condition and the lack of urgently needed treatment. Lu said that her father has apparently lost weight due to poor nutrition and dental problems which have caused him difficulties in eating. Lü Gengsong has contracted oral ulceration that has not been properly treated, causing five of his teeth to fall out. Prison authorities reportedly have also not given him appropriate care for his high blood pressure and diabetes. Lü Gengsong is being kept under tight, 24-hour watch, and is monitored when he uses the toilet. Prison guards take away his shoes at night to restrict his movements, and he has suffered from exposure to cold temperatures because the prison has only given him a thin blanket. The prison reportedly does not allow Lü’s family to provide him clothing or food.

In late December, police came to Lü Piaoqi’s workplace and threatened her after overseas media published stories about the activist’s ill-treatment and health issues based on her information. Lü Gengsong, who turns 61 on January 7, was detained in May 2014 and convicted in September 2015. He previously served a four-year prison sentence for writing essays on democracy.