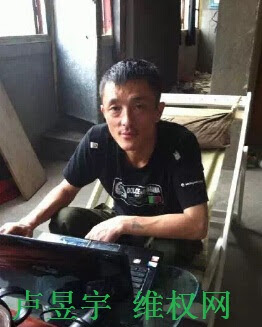 Yunnan police detained two citizen journalists, Lu Yuyu and his girlfriend Li Tingyu (李婷玉), on June 16, 2016, a day after they disappeared. The couple’s families only learned of their detention status over a week later, on June 24, and authorities prevented their lawyers from meeting with them until July 6. Their detentions appear to be reprisal for their efforts in chronicling public protests in China and posting the information online under the name “Not the News” (非新闻, fei xinwen).

On September 21, 2016, Dali police recommended the couple’s case to the procuratorate for indictment. The Dali procuratorate returned the case to police for further investigation on November 4, and on December 7 the case was again sent to prosecutors for review. Him and Li Tingyu were jointly indicted on March 24, 2017. According to Li Tingyu’s lawyers, Li and Lu Yuyu faced a charge of “picking quarrels and provoking trouble,” likely due to the expanded definition of the Internet as a public space, following a 2013 Supreme People’s Court and Supreme People’s Procuratorate interpretation of the Criminal Law.

Lu’s lawyers, Wang Xongyue (王宗跃) and Xiao Yunyang (萧云阳), met with him for the first time on July 6, 2016. Lu Yuyu, who was shackled during the meeting, insisted he was not guilty of any crime for documenting mass incidents online. His attorneys applied for bail, but the application was turned down. Lawyer Wang Xongyue met with Lu for a third time on August 31, where Lu reportedly told him about corporal punishment he had faced at Dali Bai Autonomous Prefecture Detention Center. According to Lu, he cannot sleep in the detention center because of bright lights that shine over the sleeping area in the cell. When he attempted to cover his eyes with a blanket on the evening of August 29, guards forcibly prevented him for doing so, and they returned the next morning and severely beat him as punishment. He asked to see a doctor and his lawyers, but the detention center refused, and he went on a hunger strike to protest. Lu’s lawyers filed a complaint over alleged torture on September 5, 2016, but it’s unclear if authorities have conducted an investigation.

Lu was put on trial on June 23, 2017, in all-day proceedings that ended without a verdict being announced. Supporters were not able to attend the hearing, which was reportedly observed mostly by police officers and government officials. He was eventually given a 4-year prison sentence in August 2017. Lu Yuyu completed the jail term on June 14, 2020.

Lu Yuyu, born in 1979, is a native of Guizhou Province and was once a migrant worker. Lu was administratively detained several times in 2012 for demonstrating in public, including for calling on officials to disclose their financial assets. He founded “Not the News” a few months after a brief detention in June 2012 in order to document “mass incidents” in China, especially labor protests. Along with Li Tingyu, they gathered information from online sources and posted it on the Not News website and social media platforms under the handle @wickedonnaa. Chinese censors have often deleted the data, which the government considers “sensitive,” especially as the manufacturing sector has been hit hard during the country’s economic slowdown. In 2015, the couple reportedly collected data on nearly 30,000 demonstrations related to land grabs, labor strikes, and environmental protests. As a result of their online activities, authorities threatened Lu and Li on numerous occasions, including forcing them to move residences. In 2016, Lu Yuyu and Li Tingyu were awarded the Reporters Without Borders (RSF) – TV5 Monde Press Freedom Prize in the category for citizen journalists.

Dr. Wu Qiang, “What Do Lu Yuyu’s Statistics of Protest Tell Us About the Chinese Society Today?” July 6, 2016, translated by China Change