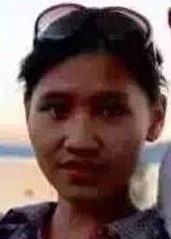 Yunnan police detained two citizen journalists, Li Tingyu and her boyfriend, Lu Yuyu (卢昱宇), on June 16, 2016, a day after they disappeared. The couple’s families only learned of their detention status on June 24, and authorities prevented their lawyers from meeting with them until July 6. Their detentions appear to be reprisal for their efforts in chronicling public protests in China and posting the information online under the name “Not the News”  (非新闻, fei xinwen).

On September 21, 2016, Dali police recommended the couple’s case to the procuratorate for indictment. The Dali procuratorate returned the case to police for further investigation on November 4 and on December 7 the case was again sent to prosecutors for review. She and Lu Yuyu were jointly indicted on March 24, 2017. According to her lawyers, Li Tingyu and Lu Yuyu are facing charges of “picking quarrels and provoking trouble” likely due to the expanded definition of the Internet as a public space, following a 2013 Supreme People’s Court and Supreme People’s Procuratorate interpretation of the Criminal Law.

Li’s lawyers Ge Yongxi (葛永喜) and Huang Simin (黄思敏) met with her for the first time on July 6, 2016, when she reportedly told them the details of her detention. Plainclothes officers posing as deliverymen rang the doorbell on June 15, then grabbed her and put her into an unmarked car and placed a black hood over her head. They did not produce identification, and she was so scared she cried out for help. She also told her lawyers that the police interrogations focused on her and Lu Yuyu’s work documenting mass incidents on the “Not the News” website and social media accounts. She said police tried to pressure her to say the information was fabricated, but she refused. Her attorneys applied for bail, but the request was not granted. They were granted a second meeting on July 26, when Li reportedly told her lawyers that interrogators read from what they claimed was a repentance letter from Zhao Wei (赵威), an activist detained in the “709 Crackdown” on human rights lawyers. Police suggested Li learn from Zhao Wei’s so-called “confession,” and tried to pressure her to fire her lawyers.

On April 20, 2017, the Dali City People’s Court reportedly opened trial proceedings in Li Tingyu’s case. The hearing was held in secret, however, and lawyer Huang indicated that authorities did not notify her or lawyer Ge of the proceedings. At some point after the hearing, Li was released and she returned home to her family. No court verdict in her case, or official announcement concerning her release, has been publicly issued.

Lu Yuyu founded “Not the News” in 2012 to document “mass incidents” in China, especially labor protests. Lu and Li Tingyu gathered information from online sources and posted it on the Not News website and social media platforms under the handle @wickedonnaa. Chinese censors have often deleted the data, which the government considers “sensitive,” especially as the manufacturing sector has been hit hard during the country’s economic slowdown. In 2015, the couple reportedly collected data on nearly 30,000 demonstrations related to land grabs, labor strikes, and environmental protests.

Born in 1991, Li Tingyu studied English at Sun Yat-sen University but left in her final year. She assisted other students in scaling China’s “Great Firewall” on the Internet by using a virtual private network (VPN), which can change the computer’s IP address to a different geographic location. Reportedly, national security officers questioned Li on several occasions about assisting others with VPNs. As a result of Lu and Li’s online activities, authorities threatened them numerous times and had even forced them to move residences. In 2016, Lu Yuyu and Li Tingyu were awarded the Reporters Without Borders (RSF) – TV5 Monde Press Freedom Prize in the category for citizen journalists.