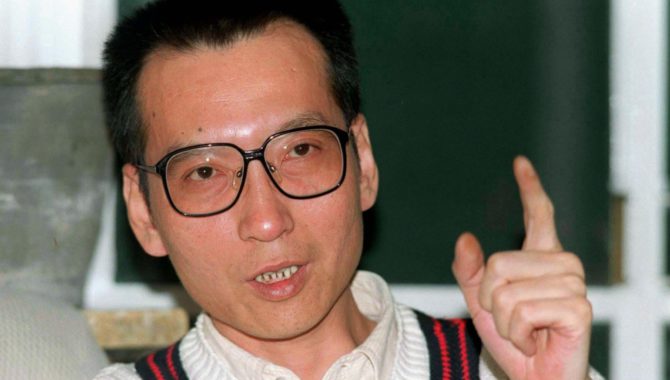 (Chinese Human Rights Defenders, June 27, 2017) – The Chinese government must free Liu Xiaobo unconditionally, allow him to reunite with his family, and ensure he immediately receives medical treatment by doctors, and in the location, of his choice. According to Liu’s lawyers, Liu Xiaobo (刘晓波) was diagnosed with terminal liver cancer in late May. The Liaoning Prison Administrative Bureau confirmed that he had been granted “medical parole” and moved to a hospital in Shenyang on an unknown date. Liu Xia (刘霞), his wife, has said that Liu can no longer receive surgery or chemotherapy treatment for his cancer, which may have metastasized. CHRD urges the international community to offer Liu Xiaobo the best medical treatment they can provide, and to welcome his family if they choose to leave China. The Chinese officials complicit in the medical neglect of Liu Xiaobo in Jinzhou Prison, and in his arbitrary imprisonment, must be held accountable.

Liu Xiaobo, a poet and writer, was a leader in the 1989 pro-democracy movement and played a key role in Charter 08, the 2008 manifesto for democratization and human rights in China. The government imprisoned Liu after 1989 and then again in 2009, convicting him of “inciting subversion of state power” and sentencing him to 11 years in prison. In 2010, the Norwegian Nobel Committee awarded him the Nobel Peace Prize “for his long and non-violent struggle for fundamental human rights in China.” The Chinese government did not allow him to attend the ceremony, at which he was represented by an empty chair. Liu Xia has been under illegal house arrest ever since, and is also in need of medical treatment for a heart condition. Before his detention, Liu was the editor of the online journal Democratic China, and had served as the president of the independent Chinese PEN.

Depriving medical treatment to individuals in custody is a life-threatening form of torture. In 2014, the United Nations expressed concern that detained Chinese activists and lawyers have been deprived of medical care as a form of government reprisal. Failure or refusal to provide adequate medical care for detainees violates Chinese law and international standards. This form of abuse has led to the death of activists, as seen in recent years in the tragic case of Cao Shunli (曹顺利), and also in the cases of Chen Xiaoming (陈晓明), Duan Huimin (段惠民), and Goshul Lobsang. CHRD has been tracking cases of currently detained or imprisoned individuals who suffer from deteriorating health and have been deprived of adequate medical treatment and denied release on medical grounds. There are 11 individuals currently on our Medical Watch List, including Liu Xia. We urge the Chinese government to release them and allow them to access medical care of their own choice.