Jiangsu activist Gu Yimin (顾义民) was sentenced to 18 months in prison on March 24 for “inciting subversion of state power,” the third activist known to have been sentenced to prison in the crackdown on civil society that has gone on for the past year. Outside the Changshu City People’s Court, thugs attacked Gu’s lawyers, Liu Weiguo (刘卫国) and He Huixin (何辉新), with He suffering a gash on his head. Reporters have been unable to contact Gu’s wife, and Changshu police threatened many of Gu’s supporters before the hearing. Several foreign diplomats—including from Canada, France, Great Britain, Norway, and the United States—went to Changshu for the proceedings, but authorities did not allow them into court. Tried last September, Gu Yimin was seized the previous June after he refused to withdraw his application for a rally marking the Tiananmen Massacre and posted images online of the massacre.[1]

Four human rights lawyers were recently seized by police for trying to free an individual locked up in a “black jail” in Heilongjiang Province.

Four human rights lawyers were seized on March 21 after going to Heilongjiang Province to investigate the case of an individual illegally held in a “legal education center,” a “black jail” mostly used to lock up religious practitioners. Taken into custody in Jiamusi City, lawyers Jiang Tianyong (江天勇), Tang Jitian (唐吉田), Wang Cheng (王成), and Zhang Junjie (张俊杰) were given administrative detentions. At least Tang, Jiang, and Wang are serving 15-day punishments at Qixing Detention Center in the city of Jiansanjiang. Tang was charged with “using a cult to disrupt social order,” but it is not known if the other detained lawyers are suspected of the same offense. The family of the individual locked up in the “legal education center” had hired the attorneys. The lawyers made three unsuccessful attempts to secure the person’s release before police took them away from a local hotel. As this situation further illustrates, Chinese human rights lawyers are facing an increasingly hazardous work environment, with authorities resorting to various kinds of reprisals against them (for more information, see CHRD’s 2013 annual report).[2]

The 309 Military Hospital in Beijing told Cao Shunli (曹顺利)’s brother Cao Yunli (曹云立) and her lawyer Wang Yu (王宇) on March 26 that her body is not at the hospital, as the whereabouts of Cao Shunli’s corpse remain undisclosed nearly two weeks after her death. When Cao Yunli and Wang made inquiries at the hospital, they were told that they have to ask Chaoyang District police for information. Hospital staff also have refused to provide copies of the activist’s medical records to her family, saying that they need permission from authorities at Chaoyang District Detention Center to release them. Cao Shunli was held at that detention center from September 2013 to late February, and developed severe illnesses that went untreated. After being hospitalized due to her life-threatening condition, detention center authorities forced her family to sign off on Cao’s medical bail on February 27. Following her death on March 14, reports emerged that her body showed signs of mistreatment and severe neglect (see report).[3]

Liu Xiaofang (刘晓芳), who went missing on March 11 in Beijing after visiting Cao Shunli in the hospital, has been confirmed to be under criminal detention. She is being held in Haidian District Detention Center on unknown charges. Like Cao, Liu was active in demonstrations outside the Ministry of Foreign Affairs in the summer of 2013 (see report).[4]

Beijing police questioned independent documentary filmmaker He Yang (何杨) after intercepting him on March 20 while he was en route to interview Ding Zilin (丁子霖), the leader of the Tiananmen Mothers movement. Police also searched his home and seized two computers, a hard disk, and other materials. He was interrogated for 20 hours on suspicion of charges related to “endangering state security” before being released, and police warned him not to try to film Ding Zilin again. Police have interrogated He Yang several times over his work, as he has produced several documentaries about China’s human rights activists (see report).[5] Authorities have geared up to prevent any public commemoration as the 25th anniversary of the 1989 massacre approaches. 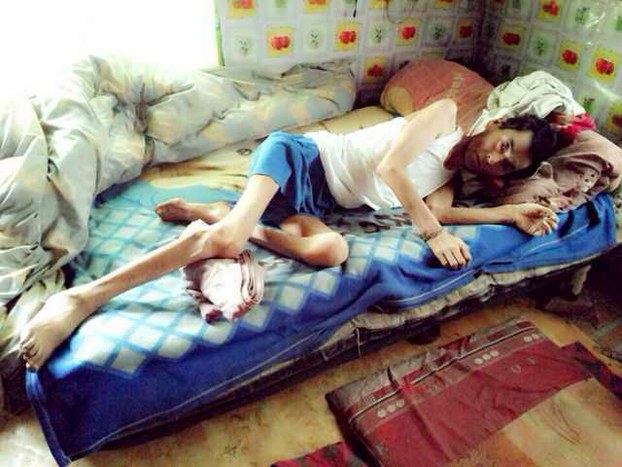 Tibetan prisoner Goshul Lobsang was tortured in prison and later died at his home in Gansu Province after being released on medical parole.

Tibetan political prisoner Goshul Lobsang died at his home on March 19 in Gansu Province following torture suffered in prison, about five months after being released on medical parole. He was serving a 12-year sentence for allegedly leading a 2008 protest when he left prison in Kanlho (CH: Gannan) Tibetan Autonomous Prefecture last October. Lobsang, 43, had reportedly been shackled and beaten while detained. Authorities likely decided to release him since they feared that he would die in custody. Before his death, his body had become emaciated, and he was unable to speak, walk, eat, or drink. Goshul Lobsang was taken into custody in May 2010, after he had fled the area where the protest took place in order to evade authorities. He was tried in December of that year.[6]