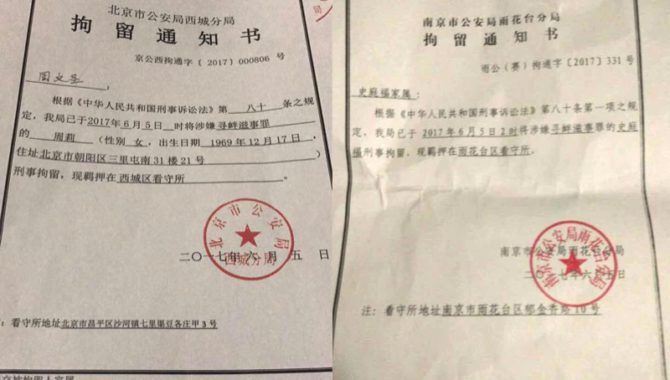 Police have intimidated the lawyers and family members of Luo Jibiao (罗继标), who died in police custody. Luo’s family and lawyers have called for an investigation into the death of Luo, 50, an ethnic Zhuang minority, on May 26 at the Fengxian County Detention Center in Hezhou City, Guangxi Zhuang Autonomous Region. Police had detained Luo on suspicion of “brawling ” on May 4.

Luo’s family members, when they were initially allowed to view Luo’s body, saw numerous bruises and injuries on his head, neck, chest, arms and legs, and blood around his nose and mouth. They took photos and showed them to lawyer Wu Liangshu (吴良述), whom they had hired to represent Luo. The family alleges that Luo was tortured to death during police interrogation. Wu had met with Luo once in detention, in a meeting on May 8. At that meeting, Wu observed no visible injuries on Luo, who also did not report any mistreatment. After that meeting, his family received no information from authorities until the news of his sudden death on May 26.

After Luo’s family and lawyer demanded an investigation into Luo’s suspicious death, authorities removed Luo’s body to an unknown location and blocked the family and lawyers’ access by deploying dozens of armed riot police officers. Luo’s family fear that the Fengxian procuratorate have rushed the autopsy without notifying the family. The family released a statement on June 2 denouncing the government cover-up and suspected torture.

Police have since visited the lawyers’ firms to intimidate them. Dozens of armed SWAT police officers patrol the Zhuang ethnic minority village where Luo’s family live. Lawyer Chen Jiahong (陈家鸿) has been removed from handling the case. Lawyer Qin Chenshou (覃臣寿) and the law firm where he practices law, Guangxi Baijuming Law Firm, have been held up in the annual inspection for renewal of licenses by judicial authorities. One family member was detained on May 30 by armed officers, but is believed to have been released. Authorities have also blocked the social media accounts of Luo’s family members and lawyers.

CHRD has confirmed the detentions of 16 Chinese citizens for taking actions to commemorate the 28th anniversary of the Tiananmen Massacre. The actual number might be higher. Around this time every year since 1989, Chinese authorities have taken numerous measures to block citizens from paying tribute to the victims and demanding justice, including through house arrests, forced travel and detentions. At lease 24 participants in the 1989 pro-democracy movement are currently jailed for their continued human rights activism. 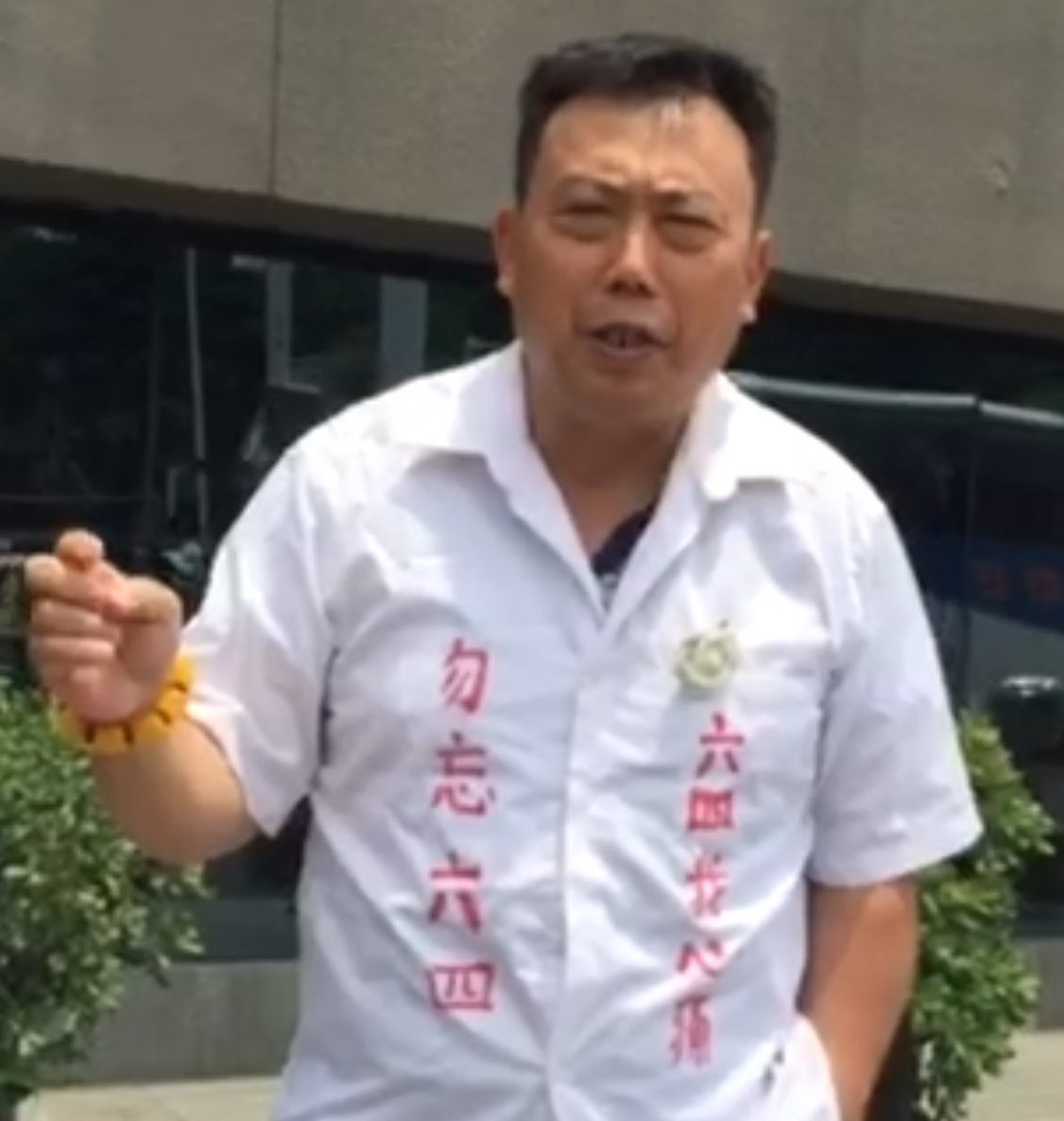 Police picked up Shi Tingfu (史庭福) on June 4  after he posted a video online of himself outside the Nanjing Massacre Memorial Hall, asking passers-by not to forget the June 4th Massacre. The next day, Nanjing police put him under criminal detention on suspicion of “picking quarrels and provoking trouble.” He is being held at Yuhuashi District Detention Center. 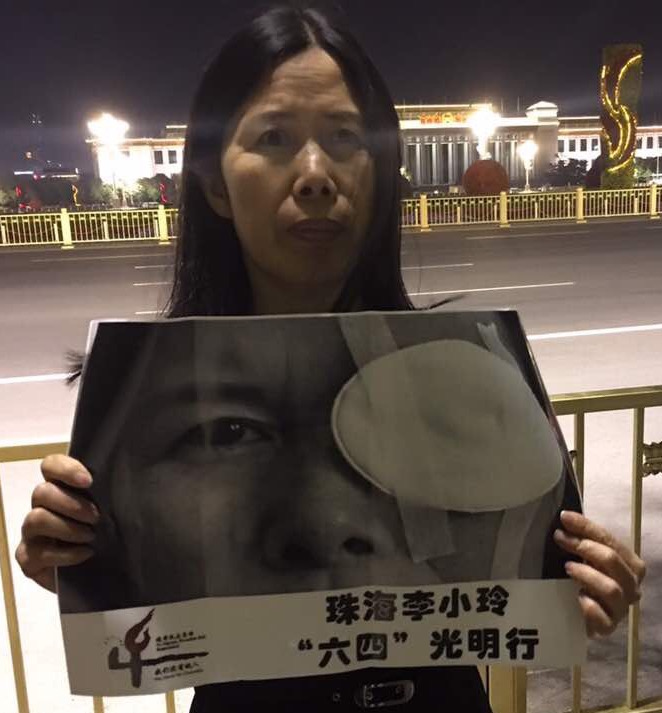 Beijing police detained eight individuals after Guangdong activist Li Xiaoling (李小玲) held up a sign with an image of her face after eye surgery and the words “June Fourth: A Journey to Shine Light ” on Tiananmen Square on the evening of June 3 and then uploaded the images to WeChat. In total, we have confirmed the detention of eight individuals on suspicion of “picking quarrels and provoking trouble.” They are all held at Beijing Xicheng District Detention Center. The majority have reportedly been granted access to their lawyers. 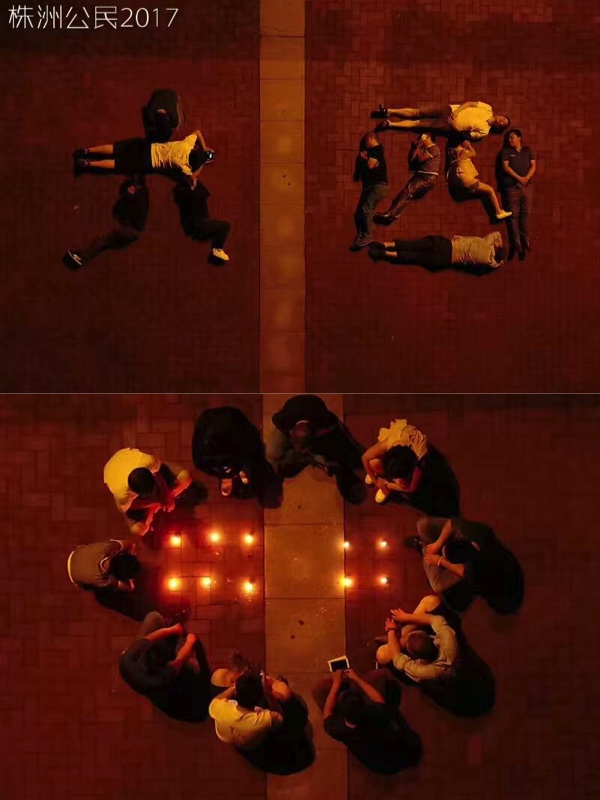 Police detained 10 individuals in the early morning of June 5 after photos went viral online of the group forming the numbers 6 and 4 with their bodies or with candles to commemorate the anniversary. Seven are still in custody. The group are not known to have had a history of activism, and they took the photos on the evening of June 4. Six individuals received administrative detentions; two—Liu Zhen (刘镇) and Sun Huazhu (孙华柱)—were summoned for questioning and released, and Ms. Tang Yuchun (唐玉春) received a 7-day detention but was released without serving the penalty.