May 31, 2017       Comments Off on Free 1989 Pro-Democracy Figures Incarcerated Today for Keeping Up Fight for Justice 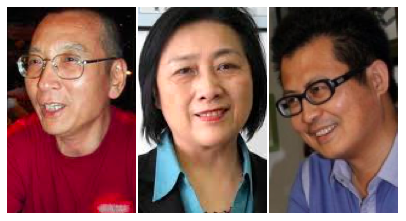 (Network of Chinese Human Rights Defenders—May 31, 2017) – Twenty-eight years after the Chinese government’s bloody suppression of the pro-democracy movement in China, many participants in the 1989 protests are currently detained or imprisoned for continuing their advocacy for human rights, rule of law, and democratic reforms. These individuals played leadership roles or joined the protests in 1989 as young students, professors, journalists, writers, or factory workers. Some had served prison terms for their role in the movement and resumed their democracy and human rights activities after being released. Punishments for former 1989 participants are often harsher than for other prisoners, as authorities treat them as “recidivists” with “political motivation” to challenge the legitimacy of the one-party-ruled authoritarian state.

The last known individual to have been imprisoned for participating in the Tiananmen protests, Miao Deshun (苗德顺), is believed to have been released in October 2016, after he had been incarcerated for over 27 years. Although Miao should now be “free,” the government has not made public any information about him, as authorities continue to actively censor information about the events of 1989.

Professor and writer Liu Xiaobo, journalist Gao Yu, and activist Guo Feixiong are among those jailed for their roles in the 1989 pro-democracy movement who are still being persecuted for promoting respect for human rights and rule of law.

Every year near the anniversary, the government takes numerous measures to prevent citizens from memorializing victims from June Fourth, either as individuals, online, in private groups, or in public expressions of grief. Around this time, Chinese police have commonly summoned many activists for questioning, forced them to travel, put them under house arrest, or administratively or criminally detained them. The government’s policy of erasing the Tiananmen pro-democracy protests and the crackdown from textbooks and public discussions has led to an amnesia about that critical piece of Chinese history among younger generations today. Many of the former 1989 participants persecuted for their continued activism have strived, as part of their rights advocacy, to keep alive memories of victims, support the struggle of their families to seek justice, and demand the government investigate the massacre and compensate victims’ families.

CHRD urges the Chinese government to: end its blockade on public discussions and commemoration of the victims of the Tiananmen Massacre; allow independent investigation and hold criminally accountable those responsible for the massacre; end its ongoing crackdown on civil society and human rights activism; and free human rights defenders from prison, detention, residential surveillance, or suspended sentence.

CHRD has documented 24 cases involving 1989 protests leaders and participants, who are currently detained or imprisoned in China for post-Tiananmen rights activism:

Convicted and serving time outside jail or suspended sentence (3):