December 20, 2018       Comments Off on Pre-Christmas Crackdown on Christians as China Escalates Religious Persecution﻿ 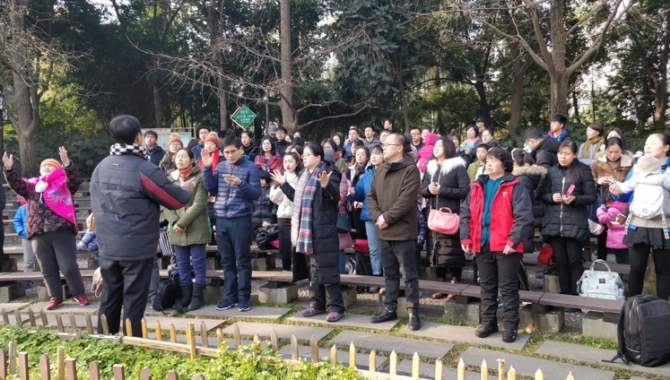 Chengdu authorities shut down the Early Rain Covenant Church and detained over a hundred church members and their pastor, Wang Yi, during a raid beginning December 9, in one of the largest crackdowns on underground Christian churches since draconian amendments to the Religious Affairs Regulations went into effect in February 2018. The raid is in apparent retaliation against church leaders for speaking out in opposition to the tightened restrictions on religious freedom and the church’s longstanding assertion of its independence.

As of December 20, we have confirmed a total of 24 individuals have been detained or disappeared, including: 13 under criminal detention, 1 in residential surveillance at a designated location (RSDL), 3 in administrative detention, and 7 missing and believed to be in police custody. Police forced many detainees to sign a document promising that they would stop attending Early Rain church before letting them go.

In addition, unconfirmed reports indicate that as many as 50 church members have been taken to Xinjin County Legal Education Center in Chengdu. “Legal education” centers are a form of extralegal detention and have been used in the past as black jails to hold Falun Gong practitioners, petitioners, and human rights defenders under the guise of providing “education” on Chinese laws. On a much larger scale, millions of ethnic Uyghurs and other Turkic Muslims in Xinjiang are being held in internment camps under the facade of “vocational training.”

The crackdown on the Early Rain church comes amid an ongoing official campaign targeting independent churches following the newly amended Religious Affairs Regulations, and subsequent dissent from such churches over state control of religious practices. In the government’s assault on religious freedom, officials have required intrusive video surveillance equipment be installed in churches and church goer information be handed over, banned bible sales online, demolished churches, and suppressed a growing list of Christian communities. In response, in early September, over 100 pastors published an open statement opposing the amended Regulations, which reportedly has since garnered hundreds of signatures across China. The statement outlines church leaders’ aspiration to remain independent, i.e., their refusal to join state-controlled official churches by not registering with the government.

In September, authorities reportedly warned the Early Rain church that their activities were illegal and the day after the December raid, the Chengdu Religious Affairs Bureau issued a notice asserting the church was violating the amended Religious Affairs Regulation.

Wang Yi, who authorities have criminally detained on suspicion of “inciting subversion of State power,” is a former Chengdu University professor, and has been outspoken in defence of religious freedom in China, including for Tibetans Buddhists and Muslims in Xinjiang. Wang Yi and his wife Jiang Rong founded the church in 2005 and have since faced relentless police harassment and intimidation, most recently in May after the church held a memorial service to mark the 10-year anniversary of the 2008 Wenchuan earthquake.