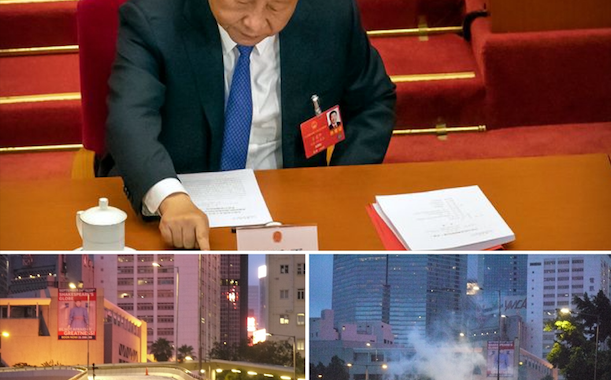 (Chinese Human Rights Defenders—June 18, 2020) CHRD joined 85 other organizations to call on the National People’s Congress to halt its moves to impose a national security law on Hong Kong. The open letter to Li Zhanshu, Chairman of the Standing Committee of the National People’s Congress (NPCSC) highlighted the serious human rights concerns raised by China’s overreach and interference in the semi-democratic legislative process of Hong Kong.

The proposed law is likely to be discussed as soon as the next NPCSC session on June 18-20, before the election of the Hong Kong Legislative Council in September 2020.

“We’re yet to see what exactly will be included in the text of the law, yet the horrific reality on the Mainland, where many Chinese have been prosecuted under ‘endangering national security’ offences simply for expressing their opinions or defending their human rights, should alarm the international community,” said Renee Xia, Director of Chinese Human Rights Defenders.

Among the points raised in the joint letter, there are particular concerns on the vague and broad definition of “national security,” the possibility of mainland national security agencies – tasked to carry out infamous raids and arrests of critics and dissidents – operating in Hong Kong, and concerns about the proposed law’s breaches of the “One Country, Two Systems” principle.

CHRD has previously detailed concerns about exporting human rights abuses from the Mainland to Hong Kong if Beijing imposes and enforces the proposed “national security” law on the nearly 7.5 million Hong Kong residents.