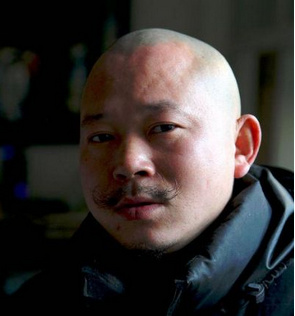 On May 28, 2019, police disappeared Liu Jinxing, aka Zhui Hun (追魂), along with five other artists in Nanjing City, Jiangsu Province, where they had gone to sell their artwork. Liu was criminally detained the next day. Police officers searched Liu’s home in Beijing on May 29, confiscating works of art and printed materials.

It is believed that Liu Jinxing was detained prior to the June Fourth anniversary as part of “stability maintenance” measures, as he was known for using money from art sales to help provide funds to individuals detained for their political expression. He and five other artists seized at the same time were reportedly holding a “conscience movement” exhibition when they were taken into custody. While Liu has remained in custody, the other five artists were subsequently released on bail.

After police detained Liu Jinxing, authorities notified his wife orally the next day but did not produce official documentation regarding his detention. His family has received neither a criminal detention notice nor a notice of formal arrest.

On September 23, 2019, Liu Jinxing was allowed his first visit with his lawyer Liang Xiaojun (梁小军). Authorities had denied Liang’s previous requests to meet with Liu on the pretext that it would “endanger national security,” although authorities did not provide any documentation regarding this determination, and Liu has not been accused of a crime related to “national security” concerns. Following the visit on September 23, 2019, lawyer Liang indicated that Liu had already been formally arrested on a charge of “picking quarrels and provoking trouble,” and that police had sent his case to the Xuanwu District People’s Procuratorate on September 4 to be reviewed for potential prosecution. On October 18, 2019, the procuratorate sent Liu’s case back to the Xuanwu District Public Security Sub-bureau for further police investigation, which is often an indication that a case lacks evidence to be criminally prosecuted.

Xuanwu District Procuratorate indicted Liu on January 14, 2020 and made it clear that he was being prosecuted for his support for prisoners of conscience and their families. The indictment listed his “crimes” as: producing a series of videos between 2016-2018 and posting them on an overseas website, which “seriously harmed the national image”; in 2018, planning the “Condolences for Families of Prisoners of Conscience Activities,” selling his and others paintings and works of art to raise money to donate to families of prisoners of conscience, and “putting ‘sympathy’ video to raise money for criminals and their families on overseas website platform”; and in May 2029, planning a “Chinese Prisoners of Conscience” tour, with paintings to be displayed in the cities of Shijiazhuang and Handan in Hebei, Zhangjiagang in Jiangzu, and Hangzhou in Zhejang.

Liu’s lawyer Liang Xiaojun met with him on January 17, 2020. As of mid-June, Liu has not been allowed to meet with his lawyers since then on the grounds of the coronavirus pandemic, according to CHRD’s sources.

Liu was put on trial in Nanjing on August 13, 2020. Authorities only allowed him to attend the trial via video-link from the detention center. His lawyers Liang Xiaojun and Xie Yanyi put forth a not guilty defence and Liu asserted that he was innocent. The hearing ended without a trial being pronounced. On December 17, 2020, the court sentenced Liu to 20-months in prison.

Liu Jinxing, born August 4, 1972, is a Hubei Province-born artist who has worked under the name Zhui Hun (追魂). Liu had been active in advocating for the rights of detained activists, including by using proceeds from his art sales to benefit prisoners of conscience. Previously, Liu had been detained on several occasions for his exercise of free expression. He was detained in 2011 for the “politically sensitive” nature of his art, and in 2012 after he had taken part in a demonstration against “re-education through labor,” a system of administrative punishment that the government eventually banned in 2013. He also was detained in October 2014 for supporting pro-democracy demonstrations going on in Hong Kong, and only released in July 2015 after being cleared of criminal charges. Liu has lived in the Songzhuang art colony in Songzhuang Town of Tongzhou District in Beijing, the most famous and largest artist community in the municipality.