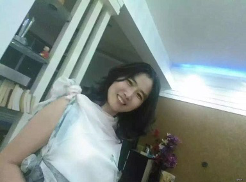 Liu Yanli, 45, was formerly an employee at a bank in Jingmen City, Hubei province and a blogger. In recent years, she has repeatedly posted comments online calling for support for the army veterans who fought during the Anti-Japan (Second World) War. She also called for disclosure of officials’ assets. She established over 160 WeChat groups to raise awareness about social justice issues.

Since 2016, the police officers from Jingmen city, Hubei province, have arrested Liu Yanli several times and they tried to charge her with different offences in an indication that police did not have a solid case against Liu. On May 30, 2016, when Liu Yanli was detained, she was released within 24 hours. On September 27 of the same year, the police criminally detained her on suspicion of “libel” and formally arrested her on November 3 over messages she posted and reposted about Chinese leaders Mao Zedong, Zhou Enlai and Xi Jinping on her WeChat Moments.

On March 6 and April 27, 2017, the local procuratorate twice transferred the case back for further investigation due to insufficient evidence. On May 27, 2017, Liu Yanli was released on bail. But on the document with the decision of release on bail waiting for trial for one year, officials listed an additional charge of “picking quarrels and instigating trouble”.

When the “residential surveillance” was about to end, on November 22, 2018, the police sought approval to criminally detain and then formally arrest Liu Yanli, accusing her of violating the requirements of “residential surveillance”. The alleged offence was again “libel”. On the same day, the procuratorate approved the police’s request of formal arrest but no offence was shown on the document. Again, on the same day, Liu Yanli was formally arrested but the offence listed on the arrest warrant was changed to “picking quarrels and provoking trouble”. The police accused her of “insulting and attacking the Chinese Communist Party” for her online comments criticizing former and current leaders, including Mao Zedong, Zhou Enlai and Xi Jinping.

She was put on trial by the Dongbao District Court in Jingmen city on January 31, 2019. According to the verdict of the Court, for a long period of time Liu Yanli posted messages attacking the Chinese Communist Party and state leaders on Qzone, WeChat Moments and Weibo, maliciously stirring up reactions to incidents of social discontent. The court relied on the online comments she posted four years ago as evidence, claiming that she stirred up trouble leading to serious public disorder.

On April 24, 2020, Dongbao District Court in Jingmen city sentenced Liu Yanli to four years imprisonment upon convicting her for the crime of “picking quarrels and instigating trouble”.

CHRD, May 4, 2020, Veteran Activists Imprisoned and Detained for Online Speech