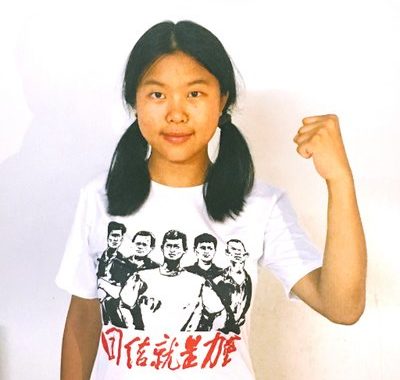 Yue Xin, a 2018 graduate of Peking University, has emerged as a leading voice in China’s #MeToo movement as well as a strong advocate for workers’ rights. She was disappeared on August 24, 2018, when police raided an apartment complex in Shenzhen and seized her and about 50 other students who had come to Guangdong to support Jasic Technology factory workers dismissed in late July for trying to unionize. Yue had served as a representative of the students, who were mainly from her own university as well as Renmin University and Nanjing University. The students had organized themselves under the name Jasic Workers Solidarity Support Group, espousing Marxist ideology with an emphasis on social justice and allegiance to constitutional democracy. By late September, at least 14 students and other activists remained in custody for supporting the workers’ demands for better wages and improved labor conditions.

On August 19, just days before being disappeared, Yue posted an open letter to Chinese President Xi Jinping and the CCP Central Committee (Chinese original and English translation), expressing her support for the workers and positing it as in line with Xi’s rhetoric on “Socialism with Chinese Characteristics for a New Era.” Yue stated the students involved in the movement in Shenzhen were focused squarely on helping defend the rights of the Jasic workers, and that they were not looking to bring about a student revolution or push for political reforms.

Before the labor rights situation in Shenzhen occurred, Yue Xin had become a prominent voice in China’s growing #MeToo movement. Most notably, she helped spark a public reckoning of a case of alleged sexual harassment and rape of Peking University student Gao Yan (高岩), who killed herself in 1998. In April 2018, Yue was among a group of students who submitted a information disclosure request about a police investigation done after Gao’s death. The request was prompted by an article posted online on April 5 by Li Youyou (李悠悠), a school alumna and friend of Gao, in which Li accused Gao’s alleged rapist, Shen Yang (沈阳), a then-literature professor, of having coercive sexual relationships with students. After Gao’s death, Shen was cleared of wrongdoing connected to her suicide and only received a minor administrative punishment from Peking University, remaining in his post until 2011. However, with mounting outrage after the allegations against Shen came to light in 2018, he was suspended by Nanjing University and Shanghai Normal University, which had been employing him in recent years.

On April 23, 2018, Yue published an open letter (Chinese original and English translation) describing the retaliatory harassment by Peking University towards her and her family after she had sought information on Prof. Shen’s case. Yue revealed the Office of Student Affairs had warned that she might not be able to matriculate due to her actions, and the School of Foreign Languages, where Yue was majoring in Indonesian, demanded Yue delete data about the information request from her electronic devices and promise to stop pursuing the issue. For her part, Yue insisted the university publicly issue a legal explanation and apology for the harassment. Though government censors banned coverage of her letter, #MeToo activists in China helped to keep it accessible online by using “blockchain” technology, allowing the letter to be distributed beyond the reach of censors.

Born in Beijing in 1996, Yue’s activism dates back to at least 2015, when she taught rural students in Yunnan Province about sex education, including on how they can protect themselves from teachers who may try to sexually harass them. While at university, Yue took part in an exchange program in Indonesia, where she was exposed to the country’s history of peasant and worker movements and progressive ideas about how to defend human rights. In February 2018, Yue posted a piece online about social inequality and access to education in China (original Chinese and English translation). In it, she pointed out the systemic discrimination of China’s household registration (hukou) system, and said citizens of privileged backgrounds, like herself, should support the less fortunate in society, including migrant workers.