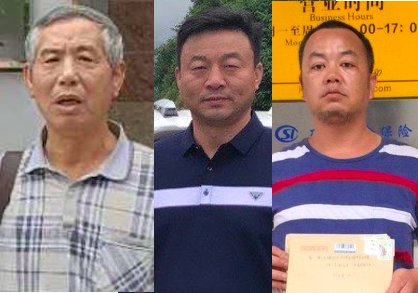 Changsha prosecutors secretly indicted three staff members of an anti-discrimination NGO Changsha Funeng—Cheng Yuan, Liu Dazhi and Wu Gejianxiong—on charges of “subversion of state power” on June 24. Cheng Yuan’s wife Shi Minglei called the Changsha Procuratorate’s office on July 10 and was informed that the case had already been indicted and transferred to Changsha Intermediate Court pending trial. In March, Changsha authorities forcibly fired the six defence attorneys of the three NGO staffers. They have not received a single visit from their family-hired attorneys since being taken into custody on July 22, 2019 nor allowed any communication with their families. They are being held at Changsha City Kaifu District Detention Center.

Police from Yinchuan, Ningxia seized lawyer Ma Wanjun (马万军), 45, on June 17 on suspicion of “picking quarrels and provoking trouble” over his online speech. Ma had initially been summoned for questioning in May after writing some comments about current affairs in a WeChat group. After being taken away, police handed him an administrative detention but then changed his status to criminal detention on the second day after raiding his home and seizing books he had ordered from overseas. Police reportedly detained six or seven other people from the same WeChat group, according to CHRD’s sources. Lawyer Ma had previously given money to the families of detained lawyers, poor students, or people online who asked for help, and authorities accused him of funding “hostile foreign forces.”

Following his detention, the Ningxia Autonomous Region Judicial Bureau set a hearing for July 9 to suspend Ma’s lawyers license on the grounds that he had posted “inappropriate speech” online, despite Ma having not even been formally charged with any crime. Judicial authorities then abruptly postponed the hearing. Ma Wanjun’s lawyer’s requests to meet him were repeatedly denied until after the judicial bureau postponed the hearing. His lawyer met him on July 10 at Yinchuan Detention Center.

Authorities forcibly disappeared activist Jiang Jiawen (姜家文) into quarantine after he arrived in Beijing on June 22. Fengtai District National Security Officers seized Jiang at Beijing South Train Station and took him to a police station, where they questioned him about his online speech. Hours later, officers from Dandong, Liaoning, took him back to Dandong for quarantine for 14 days. The quarantine period ended on July 7. He disappeared into police custody again and was later released on July 8 after questioning. But the police held his phone for investigation and only returned it to him on July 10 and questioned him about his participation in some WeChat groups. Jiang Jiawen was released from prison on March 20, 2020 after serving an 18-month sentence for supporting the Hong Kong protests and speaking out about abuse of petitioners. Since his release from prison, he has been quarantined four times in Beijing and Dandong. Several Chinese defenders have been forcibly disappeared into “quarantine” since the COVID-19 pandemic began.

Guangdong Province activist Zhang Guobing (张国兵) is set to be tried on “picking quarrels instigating trouble” charges on July 22 at Heyuan County Court. Zhang, the father of two children, had organised with another parent to file open government information requests in May 2019 about food safety standards in their children’s school and in other districts across Guangdong. Dongyuan police seized Zhang on August 12, 2019 and criminally detained him the next day for “picking quarrels.” Police searched his home in Heyuan and seized his passport, ID card, bank cards, mobile phones and other items. He was formally arrested on September 19 and granted his first meeting with his lawyer on November 7. Zhang is being held at Heyuan County Detention Center.

Legal Academic Detained, and Stripped of Professorship after Release

Tsinghua University stripped constitutional law professor Xu Zhangrun (许章润), 57, of his professorship and dismissed him after he was released from a week-long detention on July 12. More than a dozen Beijing police officers took away Xu Zhangrun from his home in Changping District on July 6. Hours after he was taken away, a friend said Xu’s wife received a phone call saying that Xu was accused of “soliciting prostitution” in Chengdu city, Sichuan province. Xu Zhangrun has vocally condemned President Xi Jinping’s revision of the Chinse constitution to consolidate his power and the government’s handling of the COVID-19 pandemic among his various recent essays criticising the government and the Communist Party. Authorities have often used concocted “prostitution” crimes to arbitrarily detained government critics.

A Guangzhou court convicted netizen Chen Zong (陈宗), 42, of “picking quarrels and provoking trouble” and sentenced him to 15-months imprisonment on July 6. Chen’s so-called “criminal activity” was setting up a WeChat group called “Ice and Fire Island” (冰火岛) and using a Virtual Private Network (VPN) to cross the firewall to access overseas websites and then shared that information in the WeChat group. Initially detained on August 13, 2019, Chen’s sentence will expire on November 12, 2020. He is currently being held at Liwan District Detention Center.